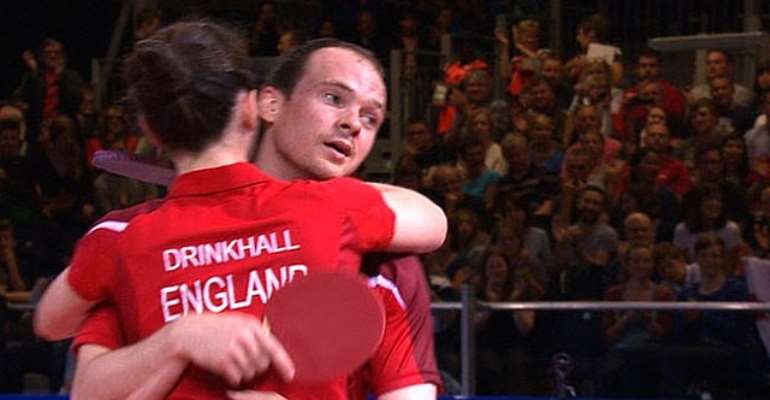 Bronze medallists in Delhi four years ago, the Drinkhalls raced 11-7 11-3 up.

Pitchford and Ho, who caused a major surprise by beating Jian and Tianwei at the semi-final stage, took the first point in the fifth but the Drinkhalls quickly built a 5-1 advantage they were not to relinquish as they completed victory in a match lasting 32 minutes.

“I came for four medals, got two, but one of them is gold,” said Paul Drinkhall, who helped England to win silver in the team competition.

English number one Pitchford had partnered Drinkhall in the men's doubles, where they were beaten for the bronze by Singapore's Jian and Zi Yang 3-2.

Play media
Five of the best points as Pitchford goes out
And he said of the mixed doubles final: “We started badly and they got a lot of confidence from the first two sets.

“I came here to get a gold medal but had two tough games.”

A silver medallist in the team event, Pitchford claimed his third medal of the games by beating India's Sharath Kamal Achanta 4-2 in the men's singles bronze play-off.

I will disappoint any MMDCE who doesn't live up to expectati...
52 minutes ago