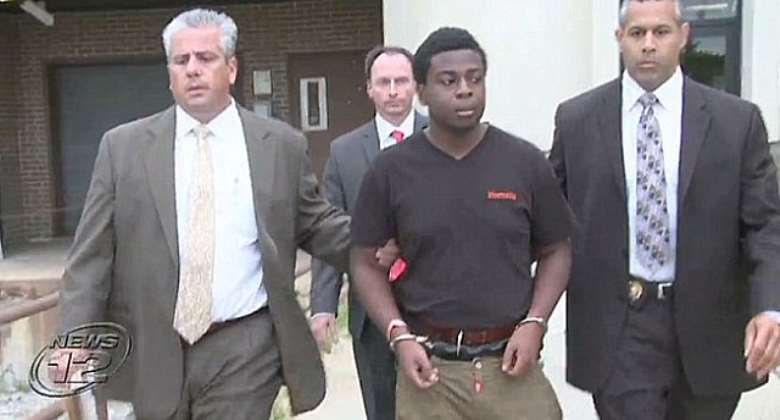 An 18-year-old Nigerian man who is based in Long Island, New York, was arrested over the weekend for killing his 15-year-old brother and beating his mother into a coma.

He has been charged for assaulting his mother, Chinwe Okonkwo, however; he is yet to be charged for the death of Bradley Okonkwo, his brother,

Charles' father had just returned from a hospital visit on Saturday, when he discovered Bradley, dead in his bedroom. He then found his wife on the garage floor, laying down unconscious, surrounded by a pool of her own blood.

Mrs Okonkwo, who is a respected medical doctor, suffered severe facial fractures and brain swelling. She is said to be in critical condition.

Mrs Okonkwo, a Brooklyn doctor, has received the Congressional Leadership Award and runs Hope Outreach Foundation, a nonprofit organization that promote public health in Brooklyn and across the world.

It is unclear how Bradley died – medical examiners are still carrying out tests to find out.

Charles has reportedly admitted to “hurting” his mother and brother.

Speaking on the incident, a friend of the Okonkwo family, Lawrence Monwe, said: 'This is very tragic. No one saw it coming…This was the perfect family you wouldn't expect it to happen to.”

Members of Long Island's Nigerian immigrant community stopped by the Okonkwo house on Sunday to pay their respects to the family.

'This is very tragic. No one saw it coming,' family friend Lawrence Monwe told Newsday.

The attack happened at the family Dix Hills home on Long Island, New York. The father came home and found his younger son dead and his wife gravely injured