Six Ways to Make It Easier for You to Dump Someone 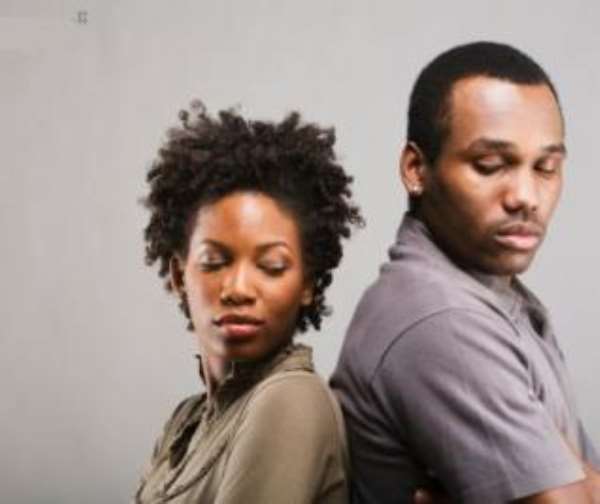 I recently had the following conversation with a friend:

"Every time I break up with my boyfriend, he freaks out. He showed up outside my apartment last time."

"Well sounds like you just have to break up and get it over with."

"Yeah, but it's not a good situation every time I do it."

Breaking up is a selfish act that can be a necessary evil in your dating life. But there are easier ways to do the whole process.

The first step is to adjust your mentality and recognize the situation:

- You are not ruining someone's life; they will get over you some day.

- If you don't break up quickly and honestly, it's unfair to you and the other person.

- If you are even thinking about breaking up with someone, it's probably time to do it. Would you want to be with someone who was having second thoughts while you were madly in love with them?

- It's going to be ugly and there's nothing anyone can do about it.

What's the best way to break up? There is probably no best way. But there are a number of tactics that can help make it easier for both parties (even though both parties may not recognize it at the time). Here are some good tactics to use for a "clean" break:

1. Make It Fast
The longer you take to get to the point (whether it's hours or days), the less they will take you seriously. And if you make it look like you're having a hard time going through with the breakup, they will think they can change your feelings or stick around in your life.

2. Be Honest
Don't sugarcoat the situation. If you're seeing someone else, tell them you're seeing someone else. My little sister broke up with a live-in boyfriend because she kissed another guy during a business trip. She told her boyfriend the deal -- it made it more concrete. Avoid cliche's like "I love you, I'm just not in love with you." Guys don't understand this stuff. If you've lost feelings for them, just say it. They can't argue with that. And avoid covering up -- "I just can't be in a relationship right now." Sure you can -- if you were still really into him, you'd be in a relationship with him

Honesty will protect you in the long run, because the truth comes out eventually.

3. Don't Feel Sorry for Anyone
People will beg, cry, get angry, or shower you with guilt. Just keep going, try to ward off your guilt. It's just going to slow you down and prevent you from getting to your objective. And never take someone back, or cancel breaking up because you feel sorry for them. Do you really want to stay with someone you feel sorry for?

4. Set Post-Breakup Rules
Let them know the deal: you won't be answering their calls or emails. You won't be accommodating them if they show up at your apartment. Eventually, if they have any personality and independence, they will stop bothering you -- but only if you stick to these rules. If you lay these rules out at the time of breakup, then they can't say: "why are you ignoring my calls?" Don't tell them what they are allowed to do -- they can call you all they want, but if you have stated you won't be answering their calls then you are well within your rights when you don't pick up.

5. Stick With It
The more you take them back, the less seriously they'll take your breakup attempts.

6. Neutral Site
Never do it at your place. You want to be able to leave on your own time. Neutral places are the easiest locations to make a quick getaway. The longer you've been together, the more likely it is that you'll be required to do it in person.

Breaking up takes strength. I have found that people who can't break up with someone they are no longer into are somewhat weak. Do what you want to do, and don't get swayed by the situation or the other person.