The woman who lost all seven children 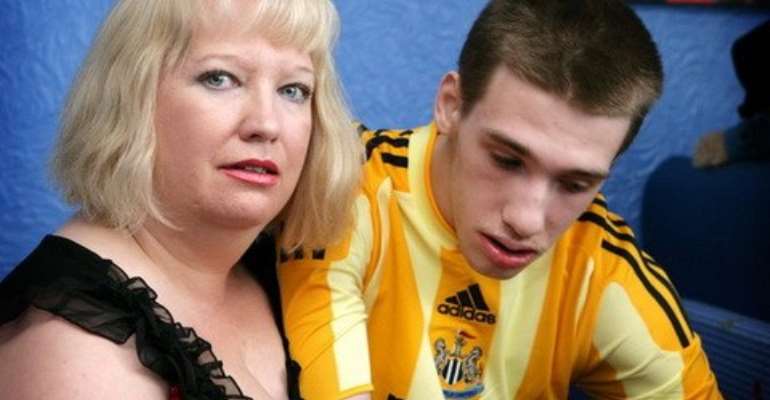 Sharon Bernardi lost all seven of her children to a rare genetic disease. It has driven her to support medical research that would allow defective genetic material to be replaced by DNA from another woman.

Every time Sharon got pregnant she would pray that this time it would be different.

She felt fine during pregnancy and the births went well, and then quickly something would start to go wrong.

Each of her first three children died within hours of birth and no-one knew why. "It took us a long time to get over the first one and then it happened again. I was bewildered," says Sharon, from Sunderland. "I was in shock."

After the third child died, doctors began to suspect that the deaths weren't coincidental. But genetic investigation didn't provide any definite answers.

At the same time, her mother revealed that she'd had three stillbirths before Sharon had been born. Further investigations by doctors revealed that members of Sharon's extended family had lost another eight children between them.

"I didn't know about my mum's history," says Sharon. "There was no need for me to know. I was my mother's only child. And I think that in her era people didn't really talk about things as they do now."

Then along came Edward, Sharon's fourth child. This time the doctors were more prepared. For his first 48 hours, Edward received drugs and blood transfusions to prevent the lactic acidosis (a kind of blood poisoning) that had killed his siblings. Five weeks later Sharon and her husband Neil were allowed to take Edward to their home in Sunderland for Christmas.

Edward lived. Although his health was often poor and Sharon had to care for him a lot of the time, he was a cheerful, active boy. At the age of four he started to have seizures. It was then that the doctors were finally able to diagnose Edward's - and indeed Sharon's - problem.

Having gone through the history of Sharon's babies, doctors diagnosed Edward with Leigh's disease, a disorder that affects the central nervous system. The disease is caused by a defect in the mother's mitochondria, often referred to as the power plant of the cell.

"This is going to sound strange but I was relieved that, at last, I had an answer."

Not that the news made life much easier for Sharon. Her doctors told her that Edward could enjoy long periods of remission but that his health could also go down quite quickly. And meanwhile there was always the risk of Edward dying in one of his seizures, which could last for days.

"It's hard when you want to have a family, and you finally have a baby like Edward, and you think you're finally getting somewhere with your hopes and your dreams, and then somebody tells you that at any moment your child is going to die."

Sharon and Neil Bernardi were told that Edward was going to die before he was five. "Obviously, you either go down or you start fighting," says Sharon. Edward and his mother were fighters. In the end Edward survived into adulthood, dying last year at the age of 21.

Sharon and Neil kept on trying for a healthy baby but without luck. Although three more children were born, none lived beyond the age of two. Each time one of their children died, they told themselves that "the death was a one-off". After their last child had a heart attack and died in 2000 they stopped trying.

"People ask, what was different about Edward? How come he survived as a baby when he had all the problems that would later build up? I don't know but Edward had some fight in him. He was fighting to survive all his life. I think that was in his personality."

The death of all her children put strains on her marriage, and on the wider family. "It also affects the family, the grandparents, their hopes and dreams for their grandchildren."

People have accused Sharon and Neil of being selfish for wanting what they cannot have - their own family of healthy children. "I don't think I am selfish," says Sharon. "I wanted my child to be healthy."

"In the last year of his life Edward was in chronic pain. He had dystonic spasms caused by things going wrong in his brain. His muscles would go into spasm for up to six hours at a time. Drugs could not help him. Part of Edward's body was beginning to fail."

The suffering of Sharon's children has convinced her of the need to pursue the kind of genetic therapies that would allow mitochondrial defects to be remedied.

Perfidious Asiedu Nketiah and Ofosu Ampofo are imposters in ...
51 minutes ago