Love is blind: But only until the honeymoon is over 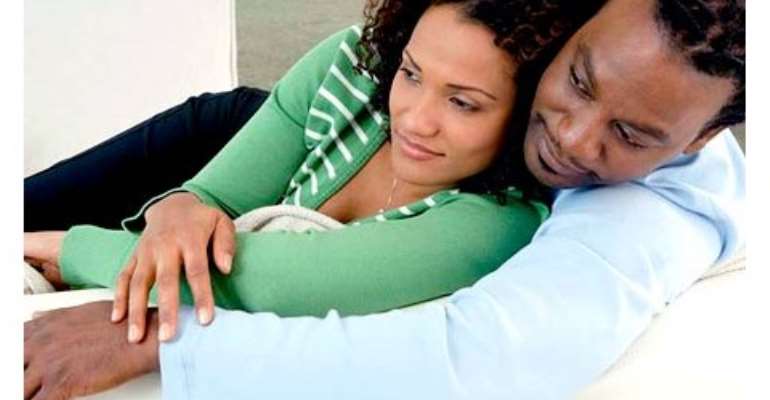 Does your mate's face or body play a larger role in their attractiveness to you?

A new survey conducted by Harris Interactive debunks the belief that "all you need is love" for long-term relationships to succeed. It turns out that paying attention to your appearance and maintaining mutual attraction is, in fact, key to keeping the fuel burning -- and this is true for men and women alike.

The survey, commissioned by Medicis Aesthetics, polled over 1,000 men and women to get a detailed view into the role physical attraction plays in long-term relationships. They posed questions that we tend to think about, but rarely ask aloud like, "How satisfied are you with your partner's physical appearance?" and "How satisfied do you think your partner is with yours?" Others focused on whether couples would be happier if their partners paid more attention to their physical appearance, and if so, which features mattered to them most? The results were very interesting.

What we know: Relationship satisfaction is hard to sustain

No doubt, a couple's happiness depends largely on the quality of their emotional connection. Experts, self-help books -- and even couples themselves -- have an endless amount to say on that topic. But we also know that the interpersonal bonds that once held men and women together are no longer enough to sustain many relationships today. The marriage rate has been declining, even while the rate of divorce has stabilized. The result? The same numbers are undoing the knot, while fewer are tying it in the first place.

Add to that, the fact that life expectancy is extending, so even if relationships manage to remain intact, we're talking about sustaining partner satisfaction for potentially 70 or 80 years among our most hearty couples. That's a lot of emotional fuel needed to keep the fire burning.

Psychologists, sociologists, clergy -- even economists and politicians -- are trying to figure out why family systems are breaking down and what can be done to fix them. Therapists look toward problematic interpersonal skills, in part, for their answer. Couples are told to avoid Gottman's Four Horsemen -- criticism, contempt, defensiveness and stonewalling -- the major destructive forces that have been found to destroy relationships. They are taught how to be mutually respectful and more productive in their communication by taking into account the differences between men and women -- Gray's Mars versus Venus perspective. According to most therapists, these are the emotional tools needed to enter and secure the bond between partners.

Some sociologists wonder if long-term marriage as we know it is a thing of the past. Many in the clergy insist on the opposite -- we need stronger family ties, they say, so that marriage survives. Economists view long-term relationships today from another perspective. While marriage was once an institution required for women's financial security and for children to be raised in a two-parent household, it is no longer needed in the same way. Women can have children without a mate or marriage. One out of every four children in the U.S. is now living in single parent homes. And men today feel less compelled -- or less equipped -- to provide financial support for women to bear their children. Clearly, the glue that once kept couples together is missing an ingredient.

What this survey tells us: Physical attraction impacts relationship satisfaction

This new survey shifts our focus. By asking couples at various stages of relationships how they feel about their partner's appearance, we learn a lot about underpinnings of physical attraction, an ingredient that clearly bonds men and women, but one that relationship experts rarely study. The survey highlights differences between couples married or living together for 1-7 year, 8-14 years and 15-21 years, as well as differences between males and females. The results are enlightening.

As one might expect, the survey shows that physical attraction does, in fact, matter to both men and women (78% believed it was very important). But what is interesting and less obvious is that it matters more in the first seven years of a relationship than in later years. It seems that as marriage progresses, physical attraction may be increasingly influenced by other emotional factors -- like good communication and shared interests -- which probably help sustain attraction even if looks change. Likewise, in the absence of ongoing positive regard, even if partners were once highly attracted to one another, negative emotions may color their relationship and the power of physical attraction wanes.

Also unsurprisingly, the survey shows that men are more likely than women to place higher importance on physical attraction in their relationship. When judging a woman's attractiveness, 62% of men say a woman's face is very important, while 53% say the same for her body. But women are not that far behind. When judging a man's attractiveness, 50% of the women say a man's face is important, while 39% say the same for his body. And for both, their eyes, skin and lips seem to top the list.

While most of us probably assume it's the men who care about women's looks, the truth is that this is no longer a guy/gal thing. And it's not women's bodies that are more highly valued. Remember, "I've Grown Accustomed to Her Face?" sung by Henry Higgins about his Fair Lady? Or "The First Time Ever I Saw Your Face?" made famous by Roberta Flack? Faces are the physical feature people most often focus on. It's what we recall after first impressions. Eyes are used to engage when couples first meet and during early conversations. Lips that smile back at us convey the desire to move relationships forward. And when those lips lock, it is often the first physical experience that determines chemistry between mates. Who doesn't remember their first kiss?

Differences in partner reactions to an aging appearance were also interesting. Men are more likely than women to be concerned about their partner's facial aging -- especially during the first seven years of a relationship -- but their concerns diminish over time. Women's concerns over their partner's facial aging are lower, but remain consistent. And, not surprisingly, concerns over an aging appearance are highest among couples whose relationships are experienced as unsuccessful.

While the survey shows that women are more likely than men to mention personality traits before they mention physical ones in terms of attractiveness (sense of humor, character and intelligence are rated highly), physical assets are clearly important to both sexes. In fact, a high number of couples (92%) agreed that their relationship was healthier when both partners felt confident about their appearance. Over half (52%) of men and women indicate that they would like their partner to pay more attention to their physical appearance.

Although more men than women say that paying attention to their appearance could improve their relationships, clearly both feel it's important, especially during the first seven years. Or, taken from the less positive perspective, around half -- 57% of men, 45% of women -- said that they are less attracted to their partner when they don't take care of their appearance. A clue, perhaps to understanding the "7 year itch?"

All of this is to say that love may be blind, but probably not much longer than the early stages of infatuation. No doubt, couples need to work on their emotional connection, but paying attention to one's physical appearance may ensure that a relationship not only gets off to a good start, but remains there.

Sure, it may be less politically correct to highlight the role of looks in relationships -- it's what is inside that is supposed to count, right? And of course we know that love matters the most. But it's time we accept what many of us instinctively know, yet hate to admit; caring for and about, our looks matters, too.

Do you think "love is blind?" Does physical attraction matter less now than when you first met your partner? Does your mate's face or body play a larger role in their attractiveness to you? Tell us what you think.