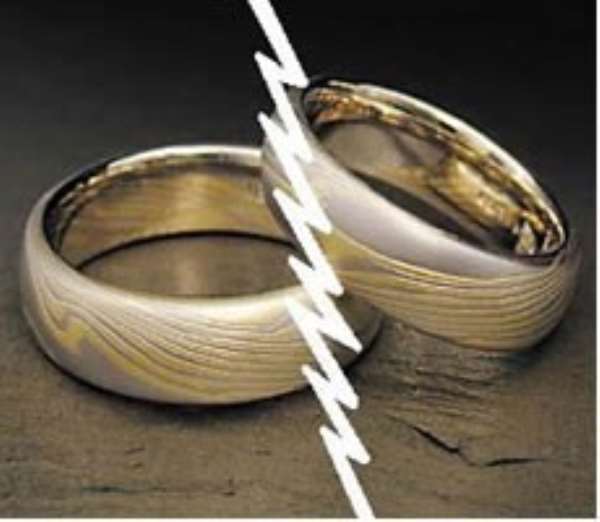 Marriage was built on social norms, it was expected for years that the man brought home the income while the woman made the home a happy, comfortable place for the family.

This has obviously changed in recent decades as women have not only entered the workforce, but are primary breadwinners of the family. The question is, with this change are more women apt to get divorced because they can support themselves financially?

A study done at Ohio State University examined just that and what it found was that if a woman is happy in a marriage, she's not going to initiate a divorce or separation. The main factors that influence a divorce, for both parties, are economic issues and marriage satisfaction.

The researchers thought that the finding would be that if a woman was making money and providing for the family she would be more prone to leave the marriage because she can support herself. While it is true that she is more independent because of this, it doesn't mean she's going to high-tail it out with the kids. The companionship and friendship that the bond of marriage creates is very important; if this fact is on shaky ground, she might be more prone to leave.

Interestingly, two-thirds of separations are initiated by women, not because they are financially secure but because they are unhappy in their marriage. The other third, where men initiate the separation, happens more frequently when the male is unemployed because when the male is at home taking care of the house, this is what the “traditional” marriage looks like. Yes, in this day and age we are way beyond “traditional,” but you would be surprised at how many of us cannot actually let go of what marriage has looked like for decades.

A few interesting side notes from the study were that women who were three or more years older than their husbands doubled their odds of being left by him. Also noted was that if a woman grew up in a divorced home, she was more likely to initiate the divorce.

But we all know that relationships are never easy, they require work, effort, time and compromise; it is up to you and your partner to always be talking and working on your relationship. But the best partnerships are the ones where you want to grow old and gray together because you have created a life based on trust, effort, support and companionship.

Police smoke out Shatta Wale, handcuff him for faking gun at...
49 minutes ago