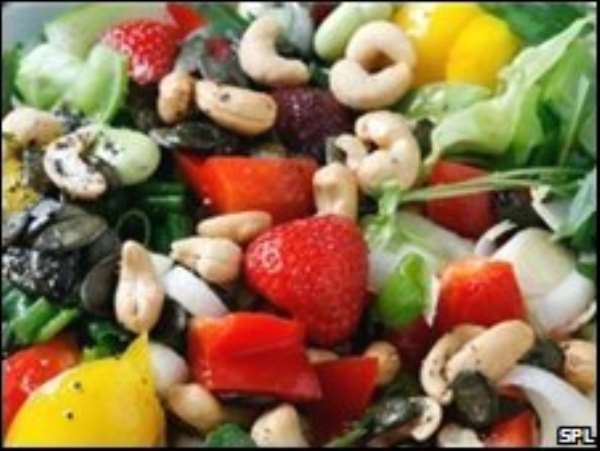 
You've been hitting the gym, skipping the office donuts and counting calories like crazy. Still, you have pounds that won't budge.

What's the problem? It could be hidden habits or mental mistakes you're making that sabotage your efforts. Don't worry; you're not alone. “ Most consumers are confused about what to eat because they're deluged with conflicting advice,” says Sylvia Rowe, president and Chief Executive Officer of the International Food Information Council in Washington, D.C.

To help you gain clarity, we reveal seven common diet and exercise traps that may be keeping you from losing those unwanted pounds.

Trap: Skipping meals.
You grab a bagel and coffee in the morning, work through lunch, nibble on cookies during an afternoon meeting and arrive home later to devour everything in sight. If that scenario sounds even vaguely familiar, it's no wonder you're gaining instead of losing.

Fix: Feed yourself well and often.
Although it sounds counterintuitive, “Feed yourself well and often by establishing a controlled eating routine that makes you feel great and works for you,” urges Katherine Tallmadge, RD, author Diet Simple. Is it breakfast, lunch and dinner? Breakfast, lunch, healthy snack, dinner? It may take some experimenting, but the idea is to spread your calorie allotment throughout the day. Eating frequently, at least every four hours or so, stokes metabolism and short-circuits bingeing.

Trap: Failing to troubleshoot.
“Most people need to dig deeper to weed out the diet and exercise changes they'd like to make that don't match their values or their lifestyle,” says Susan Head, PhD, a weight-loss psychologist in Durham, North Carolina. They decide to start walking every morning, for example, when they're not really morning people. Or they vow to never eat fast food again, even though they're married to fast-food aficionados.

Fix: Map out a plan.
Design a diet and exercise plan that's truly doable for you. Before deciding to jog every morning, ask yourself why you haven't been doing it before, and anticipate how this change is going to affect your life. Before eschewing fast food, figure out the changes you need to make to be able to eat fast, without resorting to the drive-thru. For example, “cook on Sundays and freeze a bunch of lunch or dinner items for the week,” suggests Jennifer Keller, RD, staff dietitian for the Physicians Committee for Responsible Medicine in Washington, DC.

Trap: Consuming empty calories.
“You can easily consume large amounts [of calories] without even realizing it. And you hardly miss those calories if you give them up,” says Walter Willet, MD, professor of epidemiology and nutrition at the Harvard School of Public Health in Boston and co-author of Eat, Drink and Be Healthy. And studies show that when we consume calories in liquid form, we don't compensate for those calories by eating less at subsequent meals.

Trap: Sweating only the small stuff.
You're taking the stairs instead of the elevator and walking instead of using the airport's moving sidewalk. That's a good start; however, you need to do more to keep your weight off long-term. According to the National Weight Control Registry, in a study of 3,000 people who lost at least thirty pounds and kept them off for a year or more, ninety percent of them said exercise was the key to their weight maintenance. Study participants reported doing roughly an hour of moderate exercise daily, like brisk walking.

Fix: Keep track of your progress.
If you need motivation, consider getting a pedometer and trying to log in 11,000 to 12,000 steps per day (roughly 5 miles). That's the amount Registry participants achieved. And with a pedometer you get instant feedback and “credit” for all you do, like walking to and from the grocery store from the far end of the parking lot.

Trap: Multi-tasking meals.
Eating while you're doing something else, whether driving or answering e-mail, is a good way to inhale calories without realizing it; this is especially true with snacking. On-the-go calories don't satisfy you on an emotional level, which is an important component of satiety. “What you lack in emotional fulfillment, you may make up by indiscriminately nibbling at different times of the day,” says Daniel C. Stettner, PhD, a healthcare psychologist at Northpoint Health Center in Berkley, Michigan who specializes in psychological issues that affect weight stability. Even just hearing a television program can be a diet downfall. According to a study in The American Journal of Clinical Nutrition, study subjects ate 300 more calories while listening to a detective story than they did when they ate in silence.

Fix: Turn off the TV.
Devote at least eight minutes to eating without focusing on the TV or reading material — that's the time it takes for your brain to get the message you're full. One caveat: Breakfast. “Most people don't overeat at that meal,” says Joy Bauer, RD, author of The 90/10 Weight-Loss Plan. So go ahead and have your morning pick-me-up while watching a Morning Show. But what about those off-the-cuff meals you seemingly can't avoid, like the half sandwich you consume en route to a meeting? “When that happens, acknowledge and mentally account for those calories by saying to yourself, 'This is half of lunch,'” Bauer suggests.

Trap: Aging.
Beginning in your thirties, you start to lose muscle and gain fat at a rate of about two percent per decade, says Michael F. Roizen, author of The Real Age Diet. This subtle muscle-to-fat-ratio change makes it tougher to maintain your ideal weight as time goes on. As your muscle mass shrinks, your calorie requirement decreases but that doesn't mean you'll be any less hungry.

Fix: Preserve your muscle mass.
To help preserve the muscle you have and build even more “Work out with weights at least three times a week, with a day off in between to allow for muscle growth and repair,” says Calvin Blair, Jr., a personal trainer and speaker at large for the National Strength and Conditioning Association. To weight train at home effectively choose a weight that fatigues your muscles after ten repetitions. For many women beginners, five-pound dumbbells will satisfy that requirement; for men, fifteen to twenty pounds usually does. If you have a gym membership, try for one to two sets of six to eight repetitions for each of the eight major muscle groups (chest, shoulders, arms, back, outer thighs, inner thighs, butt, and abs).

Trap: Eating out often.
Restaurant calories add up fast. A recent review in the Journal of Nutrition by Tufts University researchers in Boston nailed restaurant dining as a major factor of weight gain because food is calorie-laden and restaurant portions are generally larger than those served at home.

In American and French restaurants, your policy might be eating only half of the entrée suggests Nonas. In Italian restaurants you might have a salad and half an order of pasta. In Chinese restaurants you could get one steamed entrée and one regular entrée to share, if you're with a friend.

Other policies to consider: ordering two appetizers — one to eat as an appetizer, one as an entrée; allowing yourself dessert if you don't have a glass of wine, or vice versa; ordering sauce and dressing on the side; pushing your chair six inches away from the table so you won't be tempted to grab the bread basket or asking for the meal to be cooked with the minimum fat necessary. No matter what your policy is, it should be consistent, repeatable and take into account what's most important to you when eating out. If you really love dessert, for example, your policy should reflect that.