They Start As 'Slay Queens And End Up As 'Feminists' 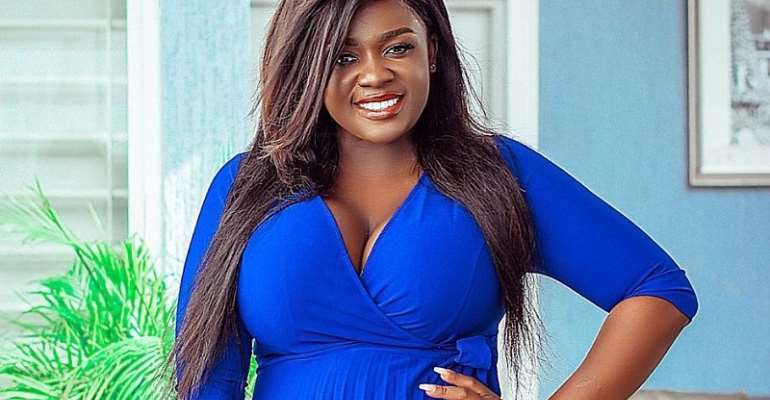 They start as "slay queens" and get spotted by a sugar daddy, then they become "side chicks". They get cars, houses and make wealth from these big men. Then later, out of their own guilt and without anybody's probe, they go about justifying how "genuine" their success is. On that damage control spree, they become "Feminists" and start "fighting" for women.

They are hardened prostitutes and "vaginapreneurs" refining into feminists. They have never been in any beautiful stable relationship before. But assuming Feminists, they try to teach young ladies how to "live" with a man. In the end, they destroy relationships. Like, "if they can't have a stable relationship life, no one should have too!"

Their understanding of "Feminism" is to incite beautiful, innocent, young ladies to "equal" their boyfriends/husbands, know their "right" and NOT be submissive. Because, to them, being submissive means "slavery".

Mzbel and Tracy Boakye, two celebrity "vaginapreneurs", are on social media fighting over a sugar daddy. Tracy is 29 years, boasts of 3/4 cars and houses at East Legon. She started "Tracy Inspires", a damage-control motivational platform, where she motivates young girls on how to be successful in life "just like her". She alludes her "businesses" started with only 300ghc and has grown great through "hardwork".

I advise you, as Counsellor Daniel Fenyi, to be careful of the role models, mentors, motivational speakers and Pastors you follow, spend time with, and listen to. Many of them are only leveraging on their prostitution, failures, arrogance and UNsubmissiveness to prey on the innocence of the young and unsuspecting.

There is only one 'proper' Feminist in Ghana- Mrs. Nana Konadu Agyemang-Rawlings. I celebrate her while she lives, not when she's passed. She is the wife of JJ Rawlings, a soldier who later became a President. They've been married for 43years. It takes only a feminist to use her "woman power" to "tame" (not resist or fight) a hardcore soldier president for these years. She has raised and empowered all her 3 daughters to become MP, Lawyer and Communicator respectively. Such is FEMINISM (you can name any 'proper' feminist you know, let's celebrate them).

Stop following those arrogant young slay queens who tout themselves as Feminists. They have used their beauty and vagina to bargain for everything they have. They are "born one" and NO man wish to live with them. They think men avoid them because they know their "right". I am Counsellor Daniel Fenyi, a Gender Activist, we'll talk more about Feminism later- It's a very lovely ideology! You'd love to marry a Feminist!

More Social Issues
ModernGhana Links
Smartphone Addiction; Worst Lifestyle of the 21st Century
Check out twin sisters who got impregnated by same guy
Rasta's emancipating us from mental slavery
Dealing with Grief It is so hard to be there for a sad loved one
Family of 'Mona Mo Bl3' opens up on his mental health
Guinness Ghana champions the Progressive Portrayal of Women in the Media, Advertising and Entertainment industry
Progressive Portrayal of Women: Reflections on how we continue to shift the narrative
"I grew up in an orphanage" - Fatima of Date Rush reveals
E/R: Police Commander disrupts wedding with over 25 attendants
TOP STORIES

Government drinking from an empty calabash, debt forgiveness...
31 minutes ago