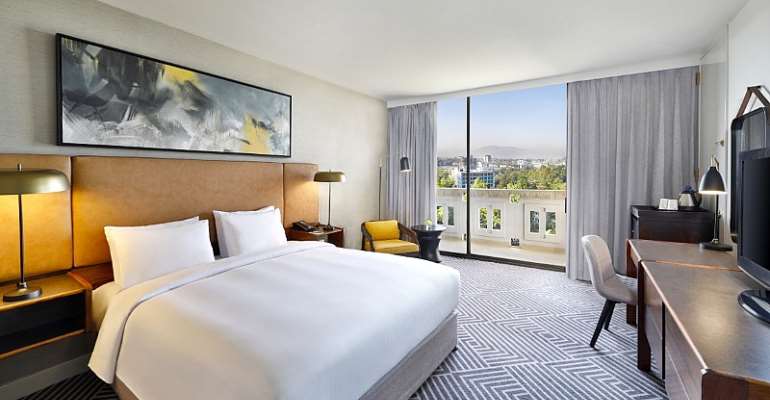 Data was gathered from a survey that covered 14 regional and international operators active in the African hotel space (41 hotel brands and 219 projects currently under development). These included the likes of Hilton Worldwide, Marriot International, Radisson Hotel Group and Accor Hotels, amongst others.

According to Troughton, whilst the African hospitality industry is facing unprecedented challenges and obstacles in light of the global pandemic, he noted that development sentiment remains optimistic amongst the majority (57%) of hotel owners as reported by operators on the continent.

“Of a total 219 hotel projects currently In Sub Saharan African pipeline a large proportion (68%) of these projects are proceeding as planned, with only 18% currently on hold for a limited period, and 13% on hold indefinitely.” he stated.

“Concerns amongst hotel owners are, of course, still apparent and, for several, a ‘wait and see’ approach relates to factors such as uncertainty around travel ban lifts in various markets, how to restore guest confidence, and the impact of Covid-19 on hotel valuations. However, the optimism displayed by many owners generally relates to understanding of the sector and adoption of a longer-term outlook,” he explained.

“Encouragingly, this has resulted in 21 projects (representing 2946 hotel rooms in 15 African countries) still expected to open in 2020, with 52% of projects expecting short-term delays of 3 - 6 months,” he said. “Longer-term delays (9 - 12mths or 12mth+) are typically being seen on those projects that were in earlier (or planning) phases of development,” he stated.

“These delays can generally be attributed to uncertainty around how long travel lockdowns will continue. However, around 30% of projects under construction don’t expect COVID-19 to cause any delays to their ongoing development,” he said.

Hotel owners are clearly taking a long-term investment outlook and are expecting COVID-19 to be largely neutralised prior to their hotels opening. This relates particularly to those in the early stages of planning.

Southern Africa (23% of total development pipeline) sees 963 rooms planned to enter in 2020, with South Africa - Johannesburg (71%) and Durban (21%) - seeing the predominance of activity, followed by Zambia.

Over the past three months HTI Consulting has engaged in numerous discussions with hotel owners who, Troughton states, have navigated different cycles during COVID-19 from survival (as hotels closed) to cost containment, defining hygiene safety protocols, staffing plans and ultimately, reopening strategies.

As several economies slowly start to open, so too have many hospitality businesses who are remaining positive and committed to the industry and demonstrating the determination necessary to overcoming current adversities.

“Despite pressured economic environments and tough decisions, many hotel operators have, been able to successfully conclude and sign deals with owners during the lockdown period. A total of 15 new hotel deals were concluded by 7 operators in 8 countries, from the period March - June,” stated Troughton.

Feedback indicates these deals were close to fruition prior to the COVID crisis, with owners showing strong sentiment to continue with the projects. Further feedback from operators indicates these deals were also typically signed in primary African cities such as Abidjan, Accra, Lagos and Durban that boasted strong and diverse hospitality markets prior to the crisis. These locations are also likely to recover at a quicker rate than secondary nodes, believes Troughton.

“Select operators who indicated that no deals were signed during this period pointed out that opportunities remain rife and that new enquiries are continuing to come through,” he said,

“It is anticipated that a lag will occur, with new owners typically being more cautious and awaiting to see how recovery unfolds,” he said. “Concerns have also been raised by owners around access to finance going forward as well as the willingness of the banks and financial institutions to fund hospitality projects at this point in time,” he continued.

“Whilst we haven’t seen any distressed sales at this point, with banks largely keeping hotels afloat, this may well change depending on the timeframes we’re looking at to a return to ‘new normal’ as well as the potential resurgence of the virus in certain areas. The next 2 – 3 months will prove to be crucial, as many hospitality businesses do not have plans in place to ensure sustainability post this period.”

“In several instances, feedback from large operators indicates a distinct shift towards conversions over greenfield development going forward, with a more flexible approach to the renovations and PIP costs.”

“Some operators are viewing this time as an opportunity to finalise forward planning during lockdown,” said Troughton “In several instances they have been able to take advantage of government support during this period in order to ensure they are able to streamline and accelerate internal approval processes, create more flexibility around brand stance, enhance their ability to pitch their products correctly to the local market and offer greater value and affordable experiences along with analysing fee structures over a select period.”

“It is reasonable to assume that a more cautious approach will be taken by hotel owners and investors in evaluating their investment strategy,” he said.

“Independent hotel owners may indeed find it more difficult than the larger international brands to weather this current scenario. This too because branded hotels, and their new highly publicised hygiene protocols, may make for a more secure market and therefore allow them to see a more effective bounce-back and recovery.”

“Additionally those markets that are strongest in the area of domestic business travel (and then domestic leisure) should be amongst the first to recover. Indeed, focusing on the local market is what helped Asia recover from the SARS epidemic in the early 2000s.”

“For those owners and operators taking the the time to understand the changing markets we are facing, and willing to adapt to drive new demand, the medium to long-term outlook remains good,” stressed Troughton. “At HTI Consulting we continue to believe in the tourism potential in the region and strongly encourage further support from governments and brand managers to allow owners to minimise further losses and support recovery,”

“Despite current challenges and the overall uncertainty that trouble us all, there will be better times ahead and the travel market will eventually emerge stronger and more resilient. As governments slowly roll back travel restrictions and prepare to reopen society, the future winners are those that build a future based on a strong risk mitigation approach and display flexibility and innovation,” he concluded.

Wayne Troughton is Founder & CEO of HTI Consulting, a specialist tourism, hospitality and leisure consulting company focusing on Africa and the Middle East and with offices in Cape Town and Mauritius.

Wayne has worked in the hospitality, leisure and tourism industries for over 30 years.

He has held positions in 5-star hotels in the UK and SA, and later as an Associate Director at Grant Thornton.

Launching HTI Consulting in 2003, Wayne has worked on more than 450 assignments in 45 countries, on the African continent. He has consulted for IFC and World Bank on investment climate issues and tourism programs in Africa.

He has extensive Operator Selection, Management Contract and Franchise Contract Negotiation experience and has been instrumental in negotiating some of the most complex hotel management contracts on the continent. Wayne has also brokered some key hotel deals including the sale of the Four Points Sheraton in Lagos, Nigeria and the sale of an asset in Cape Town that will be developed into a five star luxury, internationally branded hotel. 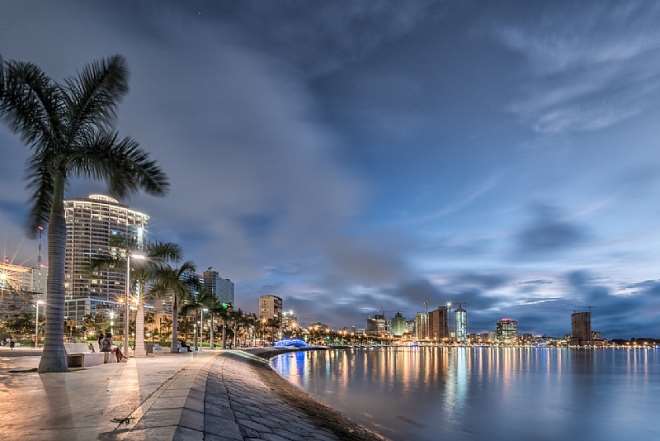