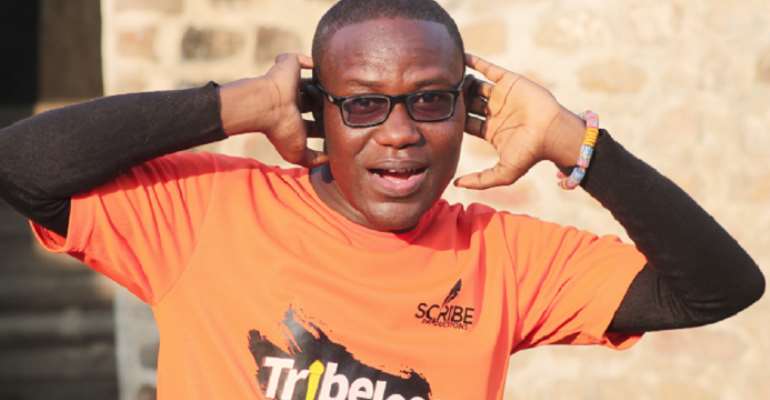 When you are in the budding stages of building a brand, no one wants to be associated with you. They are all waiting for you to hit the jackpot. Some won’t help even if they can. With the little resources that the underdog has, they are expected to do much.

One of the most difficult places to be in life is to be a starter. It is such a hard place to be if you are now beginning a cause. Everyone refers you to those who have gone ahead of you. They would rather buy from them because they can’t risk buying from a newbie.

It can be very discouraging trying to chart your own path because everyone perceives you as an underdog— you only deserve the crumbs that fall from the table of life. Building a business from the ground can be frustrating because no one wants to help you cook but they all want to enjoy the meal when it is done anyway.

While struggling to climb life’s ladder, always remember someone has been in your shoes before… and they emerged victorious. People have faced the worst oppositions in life but have sailed through to the top. Whatever life throws at you, know that you are capable of overcoming such.

1 Samuel 17 gives an interesting account of how David, an underdog, slaughtered Goliath— a champion of Gath whose exploits had travelled across the earth. Every starter has a Goliath in their life. Whatever business or idea one has, there are Goliaths that will come their way. Like David, we ought to know that every Goliath can be slaughtered. However, to slaughter your Goliath, know these lessons…

Anyone in the early stages of building any idea or business ought to know that what they are doing is the bigger than they have ever imagined. What they call a little idea may be the tree tomorrow that will bear fruits in the homes of many. Whatever product or service they have is a solution to a problem. If they give up on their dreams, they give up on many several others that will directly or indirectly depend on that dream. There is a cause!

As long as whatever we have set out to do is from the depths of our heart, it becomes a purpose. Every purpose goes a long way to fulfill the needs of society. Though the challenges may be great, one ought to remember that the need to fulfill a need should be even greater.

Before David would be allowed to face off Goliath, Saul wanted to be certain about the preparedness of the young man. He even reminded him that the Philistine he wanted to fight had been a fighter from his youth while he was only a youth. That was when the young shepherd began giving a chronicle of how he had killed lions and bears that had tried to attack his sheep.

As young as David was, he had experience. Though he may have been anointed by God, he still had fought off wild beasts before. It was his past experience that gave him the confidence to take on a bigger challenge.

As a newbie, you need experience no matter how you look at it. The top dog you so much want to be like is one who has many years of experience. Like Goliath, they have been “fighting from their youth” so it is not just enough to wish to be like them. Take every little opportunity to boost your experience. Low experience is better than no experience!

“David fastened his sword to his armor and tried to walk, for he had not tested them. And David said to Saul, "I cannot walk with these, for I have not tested them." So David took them off.”— 1 Samuel 17:39

One thing that is hard for many underdogs to do is to be unique. They try to follow the trend. To be accepted, they try not to be too unconventional. In order not to invest too much effort, they try to be ordinary. They forget that nobody remembers the ordinary.

It was usual of soldiers to be in armor when going for battles. However, that didn’t work for David and he was not afraid to be different— to use a sling and stones instead. He knew what would work for him and he dared to chart that course.

Some things may have worked perfectly for others but it doesn’t necessarily mean it may work same for you. The top dogs may have used a certain route or strategy to reach their destination. It, however, doesn’t mean you will get there if you use that same route. Know what works for you and be confident enough to go for such after discovering it!

“And when the Philistine looked about and saw David, he disdained him; for he was only a youth, ruddy and good-looking.”— 1 Samuel 17:39

Goliath was a man of many exploits. He had led the Philistines to conquer great nations. Indeed, he had a rich CV. And here was his contender— a young boy who had not even fought professionally before. He underrated him… and that was the beginning of his end.

It is very easy for the market leaders to become complacent sometimes. They may pay less heed to their customers. They may not put in place great quality control measures as they used to. This is your advantage as an underdog. You step in and do everything the top dogs are not doing!

“Then David put his hand in his bag and took out a stone; and he slung it and struck the Philistine in his forehead, so that the stone sank into his forehead, and he fell on his face to the earth.” — 1 Samuel 17:49

David was little in stature as compared to Goliath. Obviously, he knew the giant would send him to his grave by just a blow if he got close to him. His strategy, thus, was to fight him off from a distance— hurling stones at him using his sling. His stature was his flaw but he was certain not to make it his disadvantage.