Telling Women To Look For Husbands Is Harsh 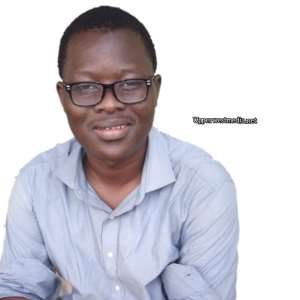 Secretary for Concerned About Ghana Association (CAGA) Mr. Tuorimuo Elvis Philip, has advocated against yelling at women to find husbands.

He referred to this as harshness on the part of those saying such words to women suggesting it makes women take wrong decisions in their lives.

Explaining himself further, he emphasized that woman in our culture and in the holy books were not created to go after men and that it will only be proper for a man to be told to get a wife and not vise versa.

Should they compel men to keep them in their houses?, in as much as some women are full of themselves when it comes to marriage and dating, its not the best way to tell a woman she is off age and should settle down. The ratio is a major factor compelling women to be unique in order to get a suitor, in such a case women need to be strategic or endowed physically to be able to attract men.

I will not by this suggest women should relax and state an impossible laid down scale of preference for marriage as its also a major reason some people tell them such.

He Stated Ways women should Uphold themselves to be good for marriage or as entrepreneurs suggesting not all women can marry, same as men, he added that we shouldn’t make women feel like they only exist for marriage sake.

Factors he Outlined
1. A woman should focus on the future and not fashion, your fashion sense doesn’t determine your future sense.

2. Try to be Unique as a woman and not common as a slay queen, a unique brand sells higher and attracts unique buyers… Don’t be ordinary but be less arrogant.

3. Embrace education and listen more than you speak. He who talks much talks more of nothing.

3. Life is a Ground of Theories and Practicals, you choose the field you wish to walk through. It's better to be a dirty treasure than a clean maggot.

4. Focus less on the Event, to impress others and more on the target, Secret things are bound to last longer as they are encrypted and difficult to manipulate. Be unique but it's difficult.

5. God has given power to his creations(humans) to move the world and influence changes, to move forward you need those people, God only answers to things beyond the physical realm.