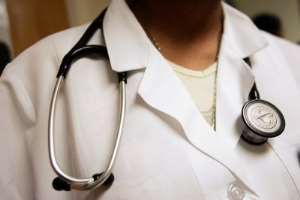 I remember going to Tema polyclinic hospital ( the public hospital that's not the General hospital ) when I was sick with diarrhoea in 2016.

I'm not one who usually insults, however I am still furious. First I had to wait in a godforsaken line, that took long to end. Then I had to get a health card before I was seen, I paid for that card for a useless service. Then I waited for 3 or more hours to supposedly see a doctor, meanwhile I had diarrhoea and had to hold it in. When my family friend a Criminal investigations officer ( CID) went to ask the hospital manager what was going on, she had to check, she had to check! were the doctor was, bare in mind the nurses said the doctor was coming. The hospital manager did not know the doctor we were waiting for, planned on not coming to work that day. So the hospital manager called her in.

When this fante speaking, Light skinned, medium height, slightly fair coloured, middle aged to elderly aged woman came ( this was in 2016, if she is still there, we are naming and shaming, fortunately for her I forgot her name) I realised God was saving the sick from her. We need to check the mental state, as well as the human title we give some doctors, because some of them, their wickedness is abnormal for a human being. She assumed that everyone there was poor and uneducated so she could treat them inhumanely, and get away with it.

When she arrived she was complaining to her friend on the phone, that she had to come into work. It's not like she's doing any proper work either, she is lucky she is a doctor, there are some hard jobs that you have to get to on time, do well and get paid badly, she should try selling pure water. Then she will stop crying none sense tears. She was angry and walked into her office. People with boils, cuts, serious fevers and sicknesses were waiting in line. I felt like crying, because they didn't have money. They were being treated like they were not human beings.

Then a mother came with her son who had been bitten by a dog, this useless doctor allowed him to walk among us, not knowing if he had rabies its contagious, then she saw him for 2 minutes, and let him go out in the open and gave him some drugs ( I hope the boy is ok), his poor mother. When I went in to her office finally, the wicked woman asked me if I had sex, me being the stubborn and rude person to fools responded " what does diarrhoea have to do with pregnancy?", she sent me for a " blood test". The results came back as typhoid fever and some other nonsensical diseases.

I had typhoid fever apparently, but I could wait for her to chill before I was seen. She gave me some prescriptions, when I wasted my money on them. I found out that on the prescription drug packet, luckily I can read, it should not be used for typhoid fever. This was a very heavy drug, I could have had a serious illness from taking it for no reason, I thought what about those who were uneducated in English, what of those who thought they went to see a doctor, and not a witch. That assumed they were getting proper care.

Luckily I went to another hospital ( because I could go to a private hospital) , found out I only had diarrhoea, and got some drugs to solve it. Even private hospitals in Ghana, you have to be careful, some doctors are inhumane. Now google is there write your symptoms down on the site, make sure you read widely, these days you can google translate into other languages.

Then go toe to toe with the doctor and tell them about your research, because some of them their minds are not working. They will argue with you and try to intimidate you, but it's your body and health, so challenge them to do the right thing. Go on google and make sure that the drugs they are giving you fit inline with your illness, and always read the drug packet. Follow the instructions to the t. Otherwise these doctors will kill you. Also make sure when they are using injections, drawing blood or inserting anything into you that they are using brand new and clean needles. If they are not demand it. Or make noise " the doctor wants to kill me" and let's start reporting them to the police and the media ( which is a better bet). At the time I was discouraged from doing so, but now I wish I did. If they want to kill us, we shouldn't allow it.

Some will think I can afford private care, and medical care abroad, therefore this is not my problem. Let the poor die. However, we are all human beings. One day that poor persons health you could care less about son or daughter, will be the armed robber who steals all your items, or kills you. They could be the person who frauds you, or puts poison in your food and kidnaps you or your children. That doctor doesn't know, those people she refused to help because of their economic status children, may end up being the ones to do all these things to her, because the rich don't care about their suffering. Let's do better ! We are people we should act like it.

I'm appealing to Ghana police, and those higher up, let's arrest these doctor frauds and potential murderers.