The Ghanaian Perspective: Pornography In View 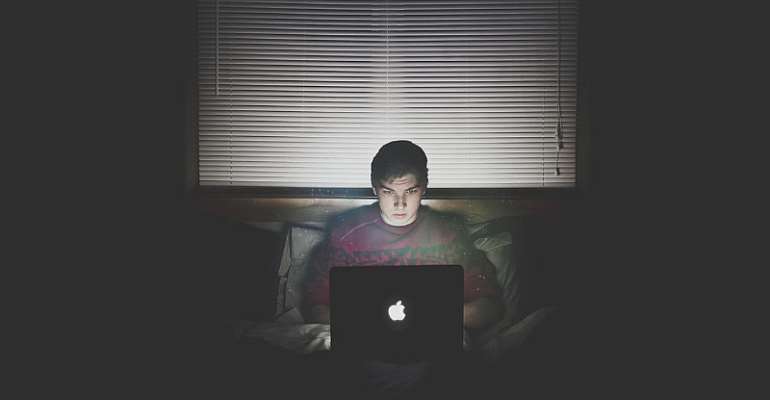 Today, I happen to board public transport to visit a friend. I sat by a young fellow just by the window. He had an earpiece on as he was absolutely stuck in a video he was viewing with his phone. I noticed this because he didn’t raise his head for anything and since my eyes were more focused on what was going outside, my eyes could not but steal glances at him as he watched his video. I didn’t know how it happened; I got interested and started to watch with him, though I couldn’t hear the sound of the video. The video got to an obscene point where we find two people engaging in sexual activity. They were practically naked. All of a sudden, he felt awkward in light of the fact that I was viewing with him. He rapidly stops the film and began to look outside the window. You could tell he was certainly not comfortable, I had seen that part. At that point, I got hold of this intriguing subject and chose to do further research and write something about it.

Here is what, Nina Hartley, founder of the Pink Ladies club, a group of women in the sex entertainment industry wrote to herself (1994:176-177);

With regards to pornography as a career, some individual accumulate wealth from it. I wouldn’t say I have come across Ghanaian porn stars here In Ghana; neither am I saying one should take up that calling. Typically female earn 50% more than men. Adding to the disarray over the idea of sex entertainment as a social issue, social researchers have been trying to figure out what constitutes pornography. Although women’s earning depends on their looks, men earning is dependent on how they perform sexually in bed (Abbott, 2000). There may be leaked videos of pornographic materials but you realize the reactions that accompany these videos are negative and completely not acceptable. But based on our cultural values, it is clear that such a profession is generally unacceptable in this country, but that does not stop most Ghanaians from watching pornographic materials.

Computer telecommunications have become one of the most prevalent ways that pornography images are made accessible to individuals. According to Simon (1999), the internet has changed the manner in which pornography is made, circulated and accessed by individuals. He clarified that “underground networks facilitated the trade of photographs or videos through the mail or in person. Currently, however, subscribers can simply download graphic images through the modems to be able to view and print images”. In the solace of one’s home or office, an individual can find a vast amount of sexually explicit materials on TV, Whatsapp groups, Facebook, YouTube, and other platforms.

Kipnis (1996) was of the view that pornography acts as a fantasy mechanism that allows people to express the forbidden without actually engaging in forbidden behavior. In this case, moral judgment emerges from the conviction that a realistic portrayal of sexuality is debasing, vicious, evil and sinful. In more complex thought, pornography is seen less of sex than about violating taboos in society. Why do you think people watch these activities in secret and if they are watching videos in public or around people it gets to a revolting scene, a great number of people either quick forward the video or turn it off, inspired by a paranoid fear of being ostracized.

Overall, people tend to view pornography provided by sex industry as detrimental to society and a threat to young people, hence why it is generally not encouraged. It is along these lines that pornography is carefully controlled, particularly, so children are shielded from this activity. I believe this activity is a threat to the moral values of society, particularly family as this only encourages sexual intercourse outside marriage and engage in deviant behaviors. Media, parents, and organization tried to model society by keeping strict regulations on it.

No wonder, we hide and watch them.

I Expect Obuasi Mine To Bring Communities Out Of Poverty – A...
7 minutes ago