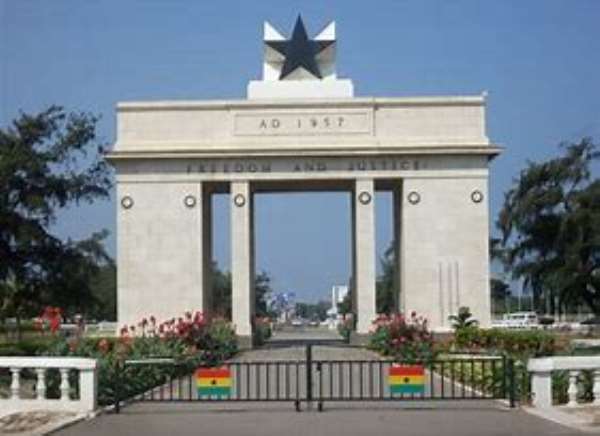 Several centuries ago, Ghana was known as one of the starting points of the Transatlantic Slave Trade. Today, the modern state of Ghana is gaining a reputation for being a destination for Blacks in the Diaspora who want to reconnect with their roots

Ghana currently offers the “Right of Abode” program , which allows people of African descent to gain permanent residency. According to the Ghanaian Immigration Act of 2000, “The concept of right of abode under Immigration Law is that person having the right of abode ‘shall be free to live and to come and go into and from the country without let or hindrance.’”

The Ghanaian residency program does have some stipulations. Black people looking to resettle in Ghana must be at least 18-years-old, of good character, financially independent and not been convicted of a criminal offense and sentenced to imprisonment of 12 months or more.

The current law has some loopholes, which could lead to future legal problems, said Nana-Adjoa Kwarteng, a content and policy writer for Ghana International Chamber of Commerce which is based in Atlanta, Ga.

“There is a possibility that someone will attempt to challenge such a rule on the grounds of racial discrimination. What does it mean to be of African descent?” Kwarteng said. “There are cases, such as that of Craig Cobb’s, (a white nationalist) a man who discovered that he was 14 percent sub-Saharan African, that would be complex to resolve. Would he be a viable candidate? Perhaps the language needs to be more specific, although I am unsure of how one would go about that without being highly discriminatory.”

There is some confusion about the law, according to Tameshia Rudd-Ridge, who is originally from Plano, Texas, and moved to Accra, Ghana’s capital, last September.

The ‘Right to Abode’ policy was introduced 14 years ago and has yet to be fully implemented,” Rudd-Ridge said. “Rita Marley (Bob Marley’s widow) is the only person it’s been granted to.”

Rudd-Ridge said there is a thriving community of Black expatriates in Ghana, people from the United States, the Caribbean and Brazil. However, Rudd-Ridge said there is a generational divide between the African Americans. Some Black Americans settled in the country back in the 1960s, when they were encouraged to move there by Kwame Nkrumah, Ghana’s first president and leader of the Pan-African movement. Now there are newer Black American emigres, like Rudd-Ridge, who have moved there to play a role in Ghana’s on-going development and pursue economic opportunities.

Rudd-Ridge, who is conducting research on youth civic engagement and new media, is also working on a master’s degree in communication from the University of Arkansas. She lived in Rwanda before moving to Ghana and is on a journey to travel to all 54 nations on the continent. She is part of the team behind a website and app called Tastemakers Africa. The company is revolutionizing what the world thinks about travel in Africa and helping travelers book unique experiences in African cities.

Rudd-Ridge said one of the biggest challenges of doing business in Ghana is dealing with the irregular power supply. This has caused her to become quite creative in finding business sites with regular power, so she can continue working during power outages.

Unlike Rudd-Ridge, Arkansas native Mona Boyd has been living in Ghana for more than two decades. She moved there 22 years ago, with her husband and son, and has taken advantage of Ghana’s business potential.

“We also recognized the business opportunities available in Ghana, so we decided to leave our jobs in private industry and move to Ghana to open our own business,” Boyd said.

However, Boyd said it was a struggle when she first moved there.

“When my husband and I began our businesses it was very difficult,” Boyd said. “The business infrastructure was almost non existent. We had no business track record in Ghana, so we couldn’t get a loan for over five years. Telephones didn’t work most of the time, finding properly trained manpower was extremely difficult, nothing worked the way it was supposed too.”