10 Things Coffee Does to Your Body 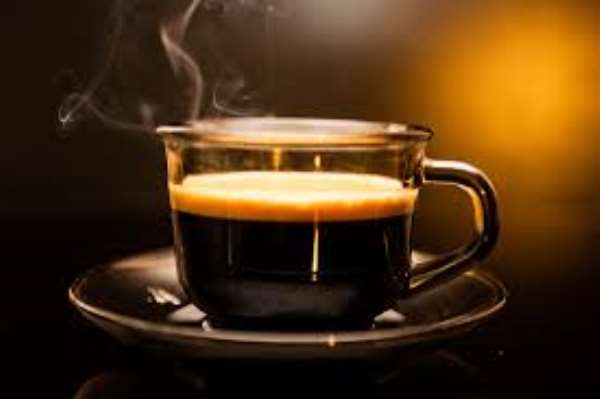 Cutting off your coffee intake may lead to headaches and other withdrawal symptoms, but even if you aren't a regular coffee-drinker, caffeine can actually help speed pain relief. According to WebMD, caffeine can make pain relievers 40% more effective in treating headaches , and also speeds the body's reaction to the medications. This is why many over the counter headache medications also contain caffeine.

9) Con: Just kidding — because coffee is also linked to headaches. Sort of. Probably.

As it turns out, investigations into the relationship between coffee consumption and headache relief go back a number of years, and are full of seemingly contradictory findings.

Take this study , for example, published in 2009 in the Journal of Headache and Pain. The authors found a relationship between high caffeine consumption (~500 mg/day) and headache prevalence, but they also showed that chronic headache symptoms (more than 14 days/month) were actually more common in low-to-moderate caffeine consumers (~125mg of caffeine/day). (As a point of reference, a tall brewed coffee from Starbucks averages around 270 mg of caffeine.) The authors write that "the results may indicate that high caffeine consumption changes chronic headache into infrequent headache." In other words: Fry may very well have been onto something with the idea of a golden threshold of coffee consumption .

8) Con: Those who French-press need to watch their cholesterol

A study conducted in 2007 at Baylor college of medicine determined that ingesting the structurally similar molecules cafestol and kahweol (both of which are found exclusively in coffee beans) can lead to significant increases in LDL levels in humans .

Here's the good news, though: paper coffee filters can actually bind cafestol and kahweol in the course of brewing , so the molecules never make it to your morning cup in any significant quantities. In other words, coffee really only ups your cholesterol if you prefer it prepared sans filter.

7) Pro: Cancer isn't fond of coffee
I almost wrote that cancer hates coffee, but the word "hate" is probably a little too strong. Sure, plenty of studies have demonstrated correlations between coffee consumption and reduced risk of cancer; rates of oral/pharyngeal, esophageal , breast , liver and prostate cancers all tend to be lower among java drinkers. The thing is, none of these studies can speak to causation, and many of them fail to turn up particularly strong correlations. Having said that, the correlations are significant — and it's definitely comforting that the balance tends to tip in favor of coffee having a beneficial impact on cancer incidence.

6) Con: Ulcers
If you've ever had the misfortune of nursing an ulcer, you know how excruciatingly painful they can be. Coffee can wreak havoc on the lining of your gastrointestinal tract, giving rise to ulcers and other forms of gastric irritation and damage. Add to this the fact that coffee consumption can often lead to anxiety and irritability, and you've got a recipe for some devastating stomach pains.

Numerous studies have pointed to a correlation between coffee consumption in pregnant mothers and an increased likelihood of miscarriage . One of the more recent — and arguably most thorough — of these studies was published in 2008 in the American Journal of Obstetrics and Gynecology, and found that the risk of miscarriage is more than double in women who consume over 200 mg or more of caffeine per day. 200 mg/day is also the upper caffeine limit recommended by the American College of Obstetricians and Gynecologists.

4) Pro: Coffee likely has a preventive effect against type 2 diabetes

While the studies on the correlation between coffee consumption and cancer aren't the most compelling, Harvard epidemiologist Frank Hu calls the data on coffee and type 2 diabetes "pretty solid," based on over 15 recently published studies:

The vast majority of those studies have shown a benefit of coffee on the prevention of diabetes. And now there is also evidence that decaffeinated coffee may have the same benefit as regular coffee.

Hu says the drink's benefits likely boil down to its antioxidant and mineral content — the minerals magnesium and chromium, in particular, are thought to help the body make use of the hormone insulin, which helps your body regulate blood sugar.

3) Pro: Same goes for cognitive disorders
Coffee consumption has also long been associated with decreased risks of cognitive impairments like dementia, most notably Alzheimer's disease. A study conducted in 2009, which followed regular coffee-drinkers for 20 years, found that out of 1400 people, those who reported drinking 3—4 cups of coffee per day were 65% less likely to develop dementia and Alzheimer's disease than those who drank 2 cups or fewer.

2) Toss-up : It makes you have to poop
We've all been there. You've just sat down at your breakfast table or favorite coffee shop. You're a few sips into your brew, when the urge to go comes out of nowhere; it can seriously feel like you just mainlined a laxative. (Which is a con, unless you just really need to go; some people even use coffee for enemas, in which case it's definitely a good idea to let it cool off first .)

The basic reason behind why this occurs is that coffee is a stimulant, and one of the things it happens to stimulate is peristalsis — the wave-like muscle contractions in your gastrointestinal tract.

What's interesting, though, is that a lot of people experience the need to go number two only with coffee (but not with, say, energy drinks); and experience the effect with decaffeinated brews, as well. What's more, the urge to go likely comes on too quickly to be directly caused by caffeine alone. According to a study published in the journal Gut :

The speed at which the response occurs (within four minutes after drinking the coffee) suggests an indirect action on the colon as it seems unlikely that coffee would reach the colon in this time either via the intestinal lumen or the blood stream. We suspect that coffee may induce a "gastrocolonic response" by acting on epithelial receptors in the stomach or small bowel. Such a mechanism could be mediated by neural mechanisms or by gastrointestinal hormones. Coffee has been shown to promote release of Gastrin which can increase colonic spike and motor activity.

1) Toss up: Drink coffee, see ghosts?
Seriously. A study conducted at Durham University in 2009 found that people who consumed at least 315 mg of caffeine (about three cups of brewed coffee) a day were three times more likely to hallucinate than more conservative coffee-drinkers. Seeing things, hearing voices, and sensing the presence of ghosts were among the experiences reported by test participants and tallied as "hallucinatory" by the researchers.

According to the researchers, the ultimate question is this: are the hallucinations a result of the coffee-drinking, or is the coffee something hallucinators flock to as a way to help them cope with their experiences?

At least one study, conducted by researcher Harold Koenigsberg back in 1993, seems to support the plausibility of the former conclusion. Koenigsberg and his colleagues discovered that caffeine, delivered intravenously to test participants during their sleep, had the curious effect of inducing olfactory hallucinations ; when test participants awoke, they reported experiencing a variety of strange smells. One participant even reported experiencing a scent like that of "plastic or burnt coffee."