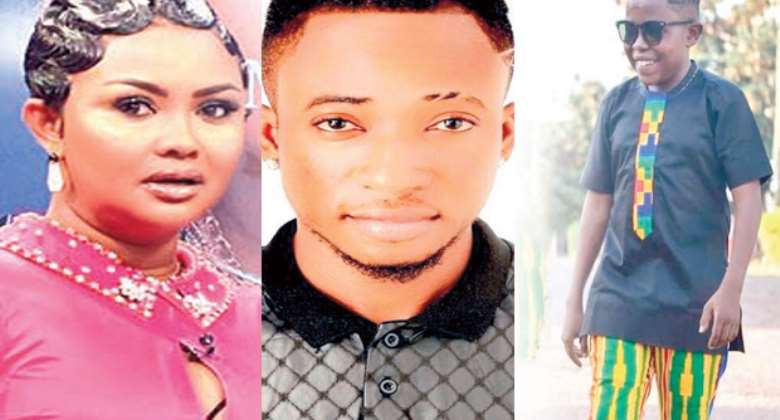 Earlier reports say McBrown has been supportive of Kompany's career. He was at the point of leaving with McBrown in her home but he paid her back with ingratitude.

But in an interview with Ambassador TV, he blamed Atom for their issues and rendered an unqualified apology to the actress. He alleged that it was Atom who deceived him.

“Nana Ama McBrown took me as her son and went an extra mile to bring me to the limelight, but my bad attitude pushed me away from that glorious opportunity,” he disclosed.

“Those who say bad things about my Godmother Nana Ama McBrown don't know her and I pray they get close to her for just a day. When I joined Kumawood movie industry, Nana Ama McBrown devoted all her time and energy to pushing me. Anytime she is going to shoot a movie, she will make sure I get a role in that movie,” he continued.

“Those saying Nana Ama McBrown didn't help me should desist from such comments. Nobody should blame her but rather I blame myself. Even in the Bible, God helps those who help themselves so Nana Ama McBrown cannot help me if I refuse to help myself,” he said.

“I was staying with Nana Ama McBrown but I was deceived by 'Yewo Krom' hitmaker Atom, so I moved from Nana Ama's house to stay with Atom,” he alleged.

“It got to a point Nana Ama McBrown will even struggle to reach me because I followed Atom for shows, but he disappointed me.”

“Nana Ama McBrown should forgive me and accept me back. I know my actions pushed me away, but as a prodigal son, all I can say is I have regretted all my actions,” he added.