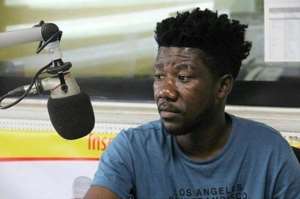 Reacting to this in a tweet on Tuesday, October 4, spotted by Modernghana News, the musician said government has not been able to combat the activities of galamsey because some of its appointees in government are deeply involved.

He believes Galamsey would’ve long been curbed if it was done by ‘ordinary’ people.

Meanwhile, the President of the Republic, H.E Nana Addo Danquah Akufo-Addo has met with the National House of Chiefs and MMDCEs at the Manhyia Palace in Kumasi today, October 5 to help bring an end to illegal mining in the country.