‘Not every reggae dancehall artiste smokes wee; not everyone who has locks is a rastafarian’ — Epixode 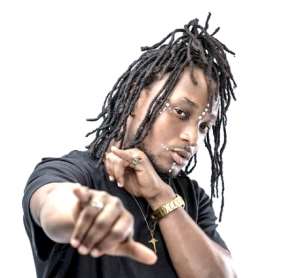 According to him, people need to clear the notion that artistes in the reggae and dancehall genre are all wee smokers.

Citing himself as an example, the reggae dancehall act said even though he is from that genre, he can boldly say he has never smoked a hard drug in his life.

“It's a common fallacy that all reggae and dancehall artistes consume weed; I, for one, have never done so in my whole life,” he said in an interview with Amansan Krakye.

He added, “I have never drunk alcohol before, but I have locks and people tend to mix it up because not everybody who has locks is a Rastafarian though mine is dreadlocks.”

The 2021 Vodafone Ghana Music Awards (VGMA) Reggae Dancehall Artiste of the Year, indicated that there are a lot of people who use marijuana but don't have dreadlocks or are not related to their genre of music.

“But then, with time when we educate ourselves more on these things, our eyes will be opened enough to understand these things better than now,” he concluded on Cape Coast's Kastle FM.

Epixode has impressed music lovers after releasing the highlife rendition of the reggae song 'Atia' featuring Kwabena Kwabena. The song, which is a high-life rendition of his current hit single 'Atia', comes through as a blend of reggae and high-life melodies, telling one of the best love stories one can imagine.

The masterpiece of production was created live and right on the spot, something out of the ordinary that will leave fans yearning for more as an extension of Epixode's craft as a loop artiste.