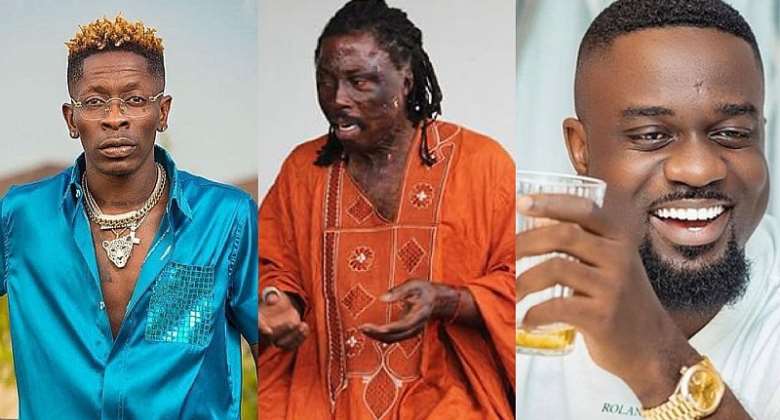 I have named my two daughters Shatta Wale and Sarkodie

Social media is on its crawl after fetish priest, Nana Kwaku Bonsam, known in private life as Stephen Osei Mensah, revealed how he named his two daughters after his favourite musicians, Sarkodie and Shatta Wale.

“Shatta Wale and Sarkodie are two of my all-time favourite musicians. To honour Shatta and Sark, I’ve named my children after them. Yaa Shatta Bonsam and Sark Bonsam are my daughter’s names," he stated.

Modernghana News listened to his interview on Accra-based Onua FM's Anigye Mmere, during which he stated that he had already inserted the names into their birth certificates.

“It’s a done deal. Their birth certificate has it,” Nana Bomsam started.

He stressed that “I can show it to you immediately from my phone.”

He also expressed his desire to meet his two ever favourite Ghanaian musicians in person.

“I’ve only met a few musicians. In Nkoranza during the program, I met Daddy Lumba and Samini, who I later met in America. Shatta and Sarkodie are two artists I’d want to meet," he emphasised.