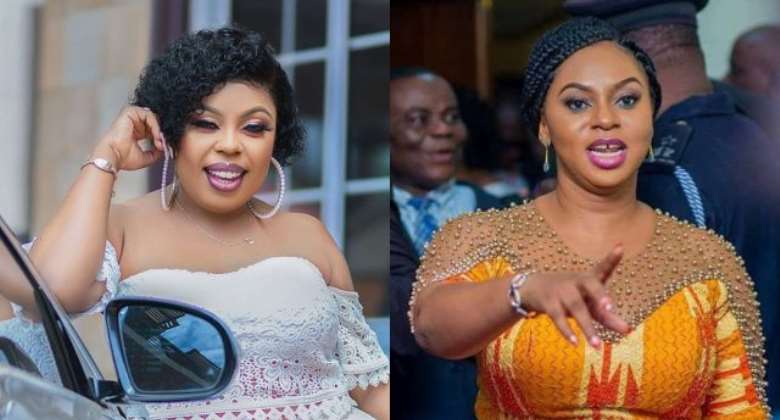 Member of Parliament for Dome Kwabenya, Sarah Adwoa Safo over the week topped Twitter trends after her accent in a Joy News interview caught the attention of netizens.

Excerpts of the interview in which the MP was making some submissions attracted massive reactions on the various media platforms.

The lawmaker had sparked controversy following her absence from Parliament amidst debates and calls to declare her seat vacant.

She took over the number one spot on Twitter as many wondered about her sudden American accent, which some said was fake.

Reacting to this, renowned socialite and comedienne Afia Schwarzenegger took to her Instagram to express her thoughts on the viral video of the MP.

Afia Schwar is recalled to have constantly bashed the MP for her absence in Parliament in several live videos.

“Your accent and the wig is making me tired!!!!” her caption read.