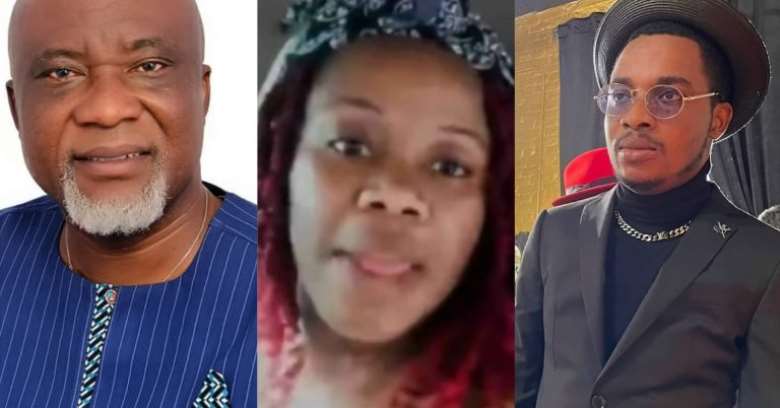 Sister of socialite, Twene Jonas has unleashed her anger on Ghanaian politician Honourable Hopeson Adorye after he came out with an alleged expose of the latter about his life in the USA.

Hopeson Adorye in a live video claimed he had uncovered the lifestyle of Twene Jonas whom he said had been sacked from his work due to fake documentation.

He went on to state that he had uncovered that Twene Jonas was living with a preacher who demarcated a portion of his room with plywood where Twene laid his head.

The video had gotten to the elder sister of Twene Jonas and she has jumped to the defence of her little brother.

She has in a video in an Instagram gone wild on the former Member of Parliament daring him to leave her brother alone and face her instead.