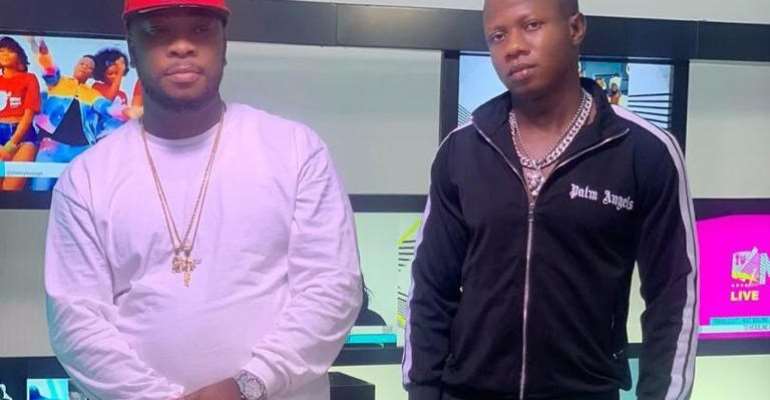 According to "Kofi Tay," the Ghanaian media has played a role in shaping his artist into who he is today.

"Sherry Boss would not be as well-known if it weren't for the generous support of top Disk Jokers (DJs) who heavily promoted his tracks.

"We are extremely grateful to the media outlets, DJs, bloggers, promoters, and, most notably, 4syte Tv, who helped us in paving the way for a potential future artist".

He also urged the media to increase their support because he’s taking his brand (Real Boss Music) to another level.

Later, he revealed that he has a package for any DJ who continues to play Sherry Boss music.

Sherry Awudu best known as Sherry Boss is a Ghanaian Hiplife and Hip-pop musician and the CEO of Real Boss Music.

Not long ago, the “Unsung” nominee for the 2020 Vodafone Ghana Music Awards pulled one of the biggest surprises at the University of Ghana, Legon.

Top Ghanaian music stars such as Sarkodie, Fameye, Wendy Shay, Fantana, Kwesi Arthur, Quamina MP, and Sherry Boss performed at the event, which was organized by 4Syte TV. In the event, the award winning artist was seen showering cash on students at Ghana's premier university.

Sherry Boss recruits Amerado on this his new song titled “Ehu” which is making a lot of waves in Ghana.