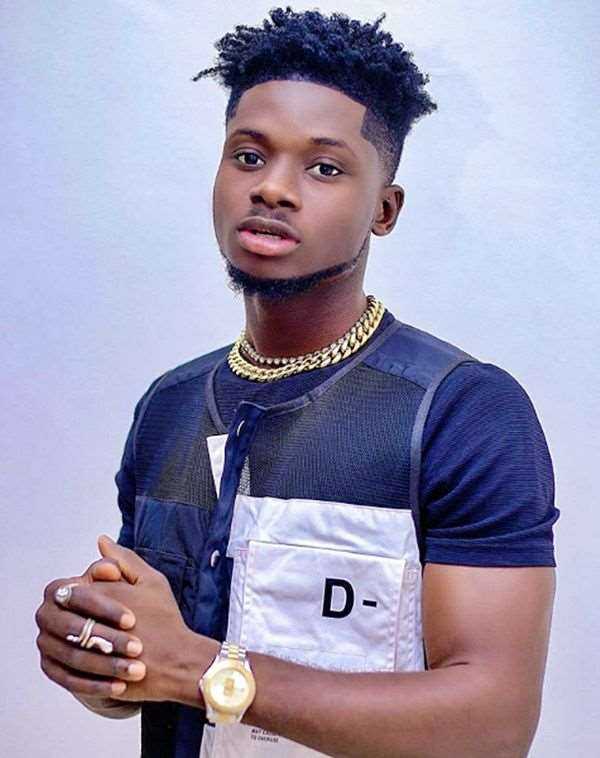 Kuami Eugene has finally reacted to claims by a man who claims to be his biological father.

For some weeks now, one Mr Kofi Boakye surfaced on the internet with claims that he is the real father of the Ghanaian singer. However, responding to his claims, Eugene said, “I don’t know him from anywhere".

In a chat with Okyeame Kwame, he continued that " he doesn’t even look like me because I even look like my mother and father. The village that he even talks about it’s now that I may be going there; I have never been there".

According to Kuami Eugene, he believes the man is just having fun and blogging are taking him serious, when he said that “you can clearly see that he doesn’t know me from anywhere it’s just a camera that has been placed on him to talk.

"He was just having fun on camera and someone posted it and bloggers took it up ” the Angela hitmaker added.

Speaking about how his mother is reacting to the news, Kuami Eugene said “my mother even asked me why I’m at the centre of every issue and I told her that it’s the top of mind awareness [that] people feed on. So when they use the name Kuami, it will trend. I think it’s my time so they are crucifying me".

Kuami Eugene was chit-chatting with Okyeame Kwame about their latest 'Yeeko' collaboration when the issue popped up. Watch the video below.