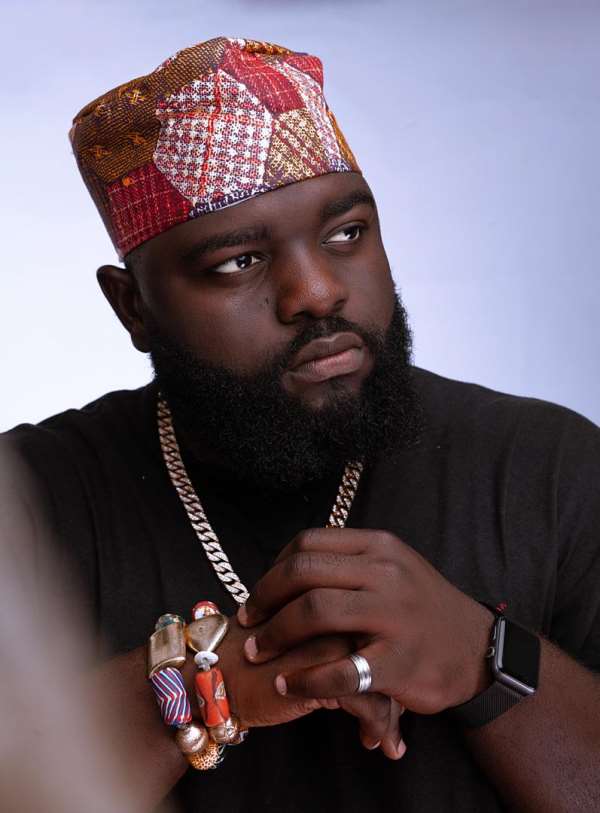 Big Ghun in a rhythmic and irresistible melodic tune in the Freestyle, elaborated on the twist and turns in love as he recalled his past relationship with an Ex-girlfriend where the genesis of their love story was seemingly like Romeo and Juliet.

But, the test of time in their relationship made things "fall apart" which unfortunately made their love life end on a sad note.

The Ex freestyle was released to all music enthusiasts and lovers trying their possible best to spice up their love life unconditionally because love is not always sweet like a candy, and Big Ghun expatiated, in his lyrics that, it is a normal phenomenon.

Big Ghun, the promising artiste who combines Hip pop, Hip Life and African Rap Music with no shred of doubt has proven to Ghanaians in the past few years that, his act would take Ghana and Africa to the focal point of the globe.

His personality and ability to make every collaboration with other artistes has seen him in features with popular acts including the "Bombastic" song which featured Zeal of VVIP fame.

Adding to his trajectories, Big Ghun has dropped "Mano Sika" freestyle which comes in part one and two, and also has the "Walk Off" tune which featured Tic.

The Sensational African Rap Musician admonished all artistes to leverage on the use of social media to market their songs and themselves.

"Spend ample time on social media to do your works by selling your brands in this unfortunate era where shows are restricted", Big Ghun urged entertainment acts.

According to Big Ghun, most of the fan-base are always on social media in quest for information from their favourite acts.

This, he said, would enable Artistes reach the maximum audience they needed.

Big Ghun compared that, Artistes in the western countries earn a cumbersome amount of money with social media, because they make their fans stream music and videos online.

The versatile artiste stressed that more concentration should be focused on the use of social media by entertainment acts because it is the safest medium to interact with their fans in this era of COVID-19, because you need your fans alive to always entertain them.

Big Ghun promised fans and all music enthusiasts to expect more active music from him in this year.

He cautioned all to take the safety protocols of the deadly coronavirus seriously because he needs all Ghanaians alive to give them good music, and without them all artistes are nobody.