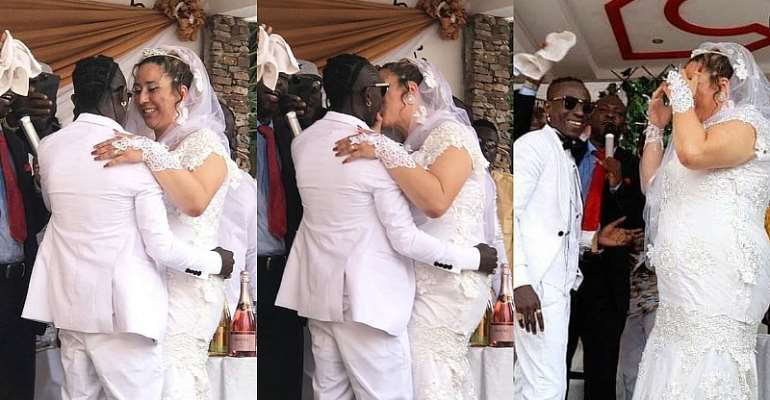 Neslihan Esen better known as Liha Miller, the wife of Ghanaian singer Justice Amoah who goes by the stage name Patapaa, has spoken about the claims that her family didn’t show up at her wedding.

Speaking in an interview with Sister Sandy on Adom TV on Monday morning, Liha Miller stated that its never true that her parents were not at her marriage ceremony.

She noted that her uncle, mother and some friends graced her wedding ceremony. She made this comment in reaction to a question asked by Sister Sandy on whether her family were in Ghana for the event since none of the photos captured them.

Liha Miller stressed that she is so happy to have married Patapaa adding that she thanks everyone who came to witness their marriage.