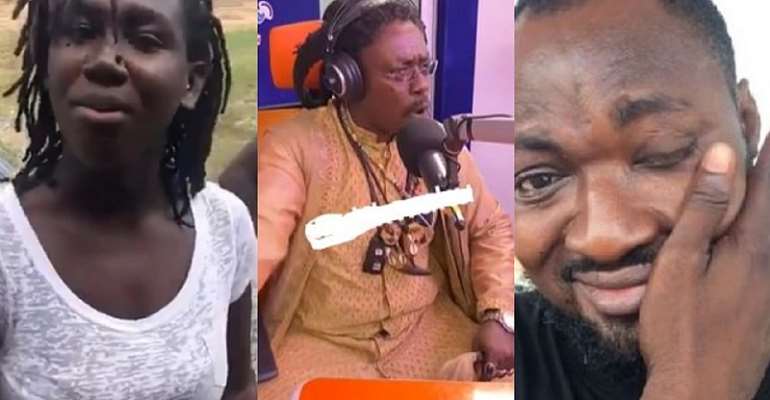 Father of Vanessa, the baby mama of Funny Face, believes the comedian should be taken to the psychiatric hospital because he is now mentally unstable.

According to Jah Wisdom, father of the mother of Funny Face’s twins, Funny Face needs psychological help because of the way he humiliated his daughter on social media.

He believes Funny Face could have kept his family issue out of the public eye but due to his mental issues, he couldn’t act like a sane person.

On Sammy Flex’s ‘Showbiz Agenda” show on Zylofon FM on Monday, Mr. Wisdom made this statement when he appeared.

“He is mad – he has to be taken to the psychiatric hospital,” he says. “How can you bring your private family matters to social media? Everybody goes through the same, but are they exposing it on social media? No!”

He said his daughter never introduced Funny Face to him but doesn’t blame her because she is matured enough to make decisions.

“My daughter didn’t introduce Funny Face to me. But you know, the system in Ghana is the same system that runs the world now. I love my daughter – she’s my first daughter…If there will be a misunderstanding from her side, it doesn’t mean I have ignored her. I will allow her to experience what I’ve explored. Because I’m civilised – I know how to bring up my child. I won’t force her.”

He also revealed that he wasn’t aware she was pregnant with Funny Face and that he can’t control her daughter.

“She has my DNA. You can’t break my blood. She’s my future…So how can you f**king disrespect people like that. I wanted to sermon him to the chief but I know that he needs a psychiatric hospital.”

He added that he won’t forgive the self-acclaimed Children’s President when he apologizes because he can’t stand someone who kicked his daughter like a football.