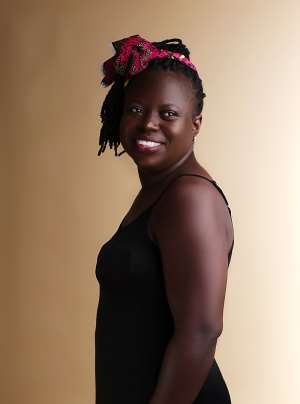 Award Winning Ghanaian Veteran Background Vocalist/Composer , Anna Nana Ama Dadzie professionally known as NANA AMA has officially announced on her social media platforms to release her debut single after 22 years of backing 90% top Ghanaian musicians you can think of both locally and internationally.

This is her announcement message on Facebook: "I would like to thank all my fans, friends, family and loved ones on this platform for their support behind me and also being part of my success story as a Background vocalist and the brand Nana Ama for twenty -two ,I'm very delighted to announce my debut single which will be released by the end of the year so kindly watch out for the release date sooner than you think.Thank You Very Much For Your Patience, G od bless us All....."

According to the singer, she is still in the backing business despite of going solo because is a big career but its unfortunate that profession is not being appreciated in this country that's why she has been championing the course of background vocalists to be recognised.

She is known for her silky choruses and performances on songs like Okomfour Kwaadee's Abro Ne Bayie / Ahwedee Abena , Lord Kenya's Medo which earned him 4 Ghana Music Awards that night including the prestigious ''Song Of The Year'' in 2002, same with the Hiplife musical group BUK BAK's Klu Blofo popularly known as '' I'm Going To Come'' also earned them the same category the following year.