You Don’t Have A Career---Teflon Flexx Jabs Upcoming Artistes 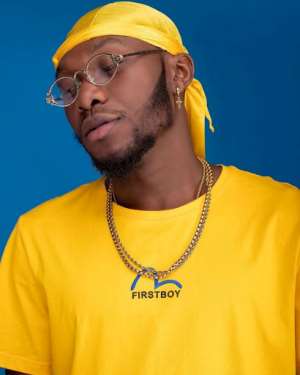 Leader of the Stew Gang and winner of the VGMA21 Unsung Category this year, Teflon Flexx has spelled it out clear to up-and-coming artiste to invest heavily in building a solid face base or else they have no career.

According to the music pride of the North and reigning VGMA Unsung artist of the Year, most of the young artistes don’t appreciate the importance of people around them who can be termed as their core fans or root fans to help spread this craft afar.

In an interview on Pluzz FM, Teflon explained that his successes can be recounted from the massive support he has been getting from his home people and his other great music lovers who appreciate his style of music.

He said, “Up-and-coming artists usually focus on more on their voices or their talent rather than getting closer to the people who will patronize their music. You can have the best talent but if no one gets to hear it or support it to get far, you won’t have a career”

Listen to the full interview here:

Akaateba Christopher Akanvarichaab, (Born July 18, 1995) known by the stage name Teflon Flexx, is a Ghanaian Afro-beats recording artist who is based in the Northern part of Ghana. He is noted to be the first musician to rap in his native language Buli commercially.

Teflon Flexx was born in Wiaga and had his basic education in Sandema. He attended St. Charles Minor Seminary Senior High School Tamale and studied B.ed Social Science at the University of Development Studies

Teflon’s passion to do music started in childhood. He kicked off his career right after high school when he formed a music group called East Music which he left and later formed The Invaders a music group that got him massive recognition in his early university days.

He started his music professionally in 2018 with the release of his debut song ‘Murder’.Teflon released an 8 tracks solo EP dubbed, ‘Village Boy In Suit’ the early part of 2019. The EP includes ‘No foreplay’ his lead single which got him nominated for the Northern Music Video Awards.

Teflon Flexx won the SRC artist of the year at the 2019 University of Development Studies (Wa campus) SRC awards.

Won 2019 None GAMA Artiste of the Year, Won at the Muse Africa with his single ‘ Madina.

Teflon is inspired by great talents in the music industry both in the local and international music scene, he believes the music world is a stage and every artiste has the special role they play to make his dreams a reality.

He is motivated each day to do music because he has to prove to the world that good talent comes from the hinterlands.

He also works hard to debunk the notion that the hinterlands are characterized for mediocrity but rather a place like everywhere else in the world.