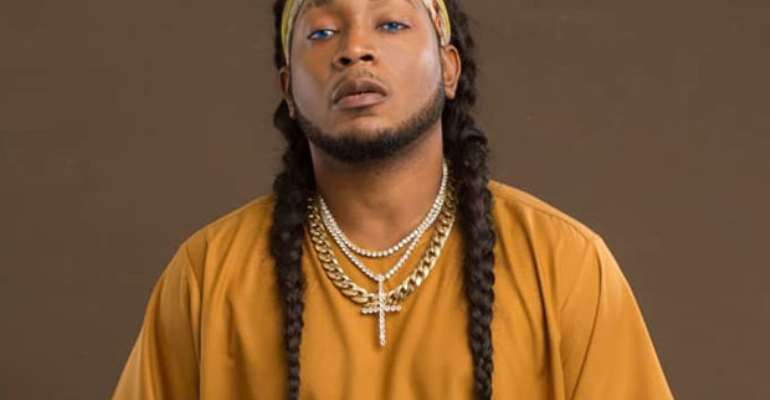 As part of efforts to come out strong in the music industry and rub shoulders with the captains, Nana Boroo has also decided to change his personal looks to look more unique in the industry.

For the past months, the artiste has been working hard at making his brand more visible and vibrant than it used to be. He has shot some of videos to be released soon to promote his brand.

According to his management, the artiste's new name, Berose 3sixty, has the international touch to better project his musical works, projects and image.

In his new photos, the Fine Boy hitmaker looked fashionable in a frontal wig (Mongolian hair) with his sideburns sharply trimmed to enhance his look.

The hiplife artiste, who has been off the scene for some years working on private projects, indicated that his new brand name was to enable him carve a special identity for himself and the entertainment fraternity.

He contended that the move represented the future of his music career as far as uniqueness was concerned.

Berose 3sixty revealed that as part of the rebranding exercise, he was going to release a number of freestyle videos on all his social media platforms to help push him into the limelight.

When Andy Dosty told him he looked like a woman and that might appeal to the LGBT community, the singer said he wasn't concerned.

Talking about his new looks in an interview with Andy Dosty on Hitz FM, Berose 3sixty said, “It's a whole 360 turn; from my image, the way I look and sound. Everything has changed.

“I don't know the old Nana Boroo again so it is a different person now. You have to have a look that people can relate to.

“Let me warn gays because I don't want any problem. They have started texting me. They hit me up telling me I look cute. If you lead them on, then it continues, but I love women.”

Berose 3sixty, who has won the hearts of several music lovers with his touching singles like Aha Ye De, Kotofa, Fine Boy and Broken Heart among others, is currently in the studios working on some singles which will soon hits the airwaves.

In the 2010 World Cup, his Aha Ye De song was selected as the official music from Ghana, and he also performed at the launch of the 2010 world cup in Ghana.

The artiste, whose fame in Ghana’s music industry is common to the ordinary Ghanaian, has performed on a number of local and international musical platforms which include Haiti concert, Joy FM old School Reunion and Ghana Party in the Park UK among others.