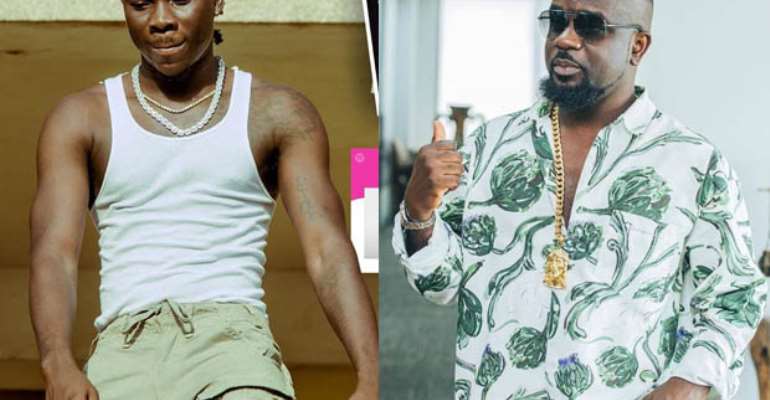 Mark Okraku Mantey has revealed that Sarkodie has reported Stonebwoy to the police following the incident which left his manager injured in the eye.

Last week Monday, Sarkodie's manager by name Angel was physically assaulted by Stonebwoy following a disagreement between them.

The incident occurred at the final rehearsal and pre-recording stage of Sarkodie's ‘Black Love’ virtual concert at the Independence Square in Accra.

Stonebwoy was unhappy he had to wait for a long time to do his session, although he arrived on schedule.

This led to a scuffle between him and Angel, who allegedly sustained injuries in his eye.

Stonebwoy had come out to apologise to Angel and denied allegations that he brandished a gun during altercation.

Sarkodie, on the other hand, is yet to make a statement about the incident.

But on TV Africa on Friday, Mark Okraku Mantey disclosed that the incident had been reported to the police, according to information from Sarkodie's camp.

“Yesterday, intel, I know that there was some police report,” he revealed.

He also indicated that Sarkodie will soon make a statement on the incident because he and his management are managing communications at the moment in order not to damage anyone's brand.

Nonchalant, Lukewarm And Lackluster Akufo Addo Is Pampering ...
31 minutes ago