VIDEO: Yvonne Okoro Is No More My Crush - Akwaboah Jnr 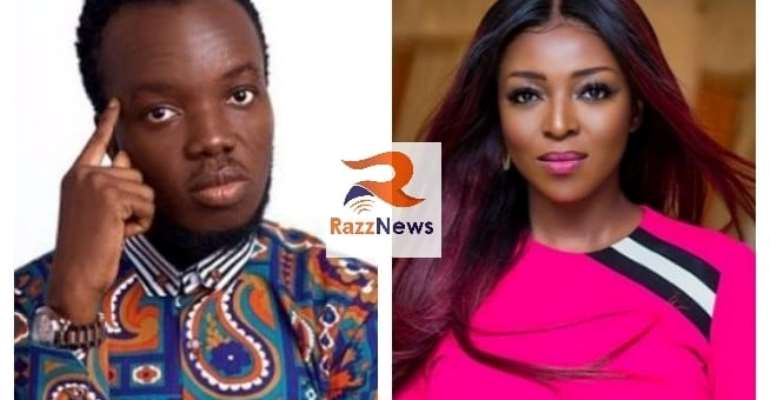 Akwaboah Jnr is a former Sarkcess Music label signee and has been one of the biggest hip-life and highlife acts, with awing vocals.

Even though he is known for his great lyrics and amazing love songs, Akwaboah is still not married; there has not been a hint on the internet about him being in a relationship either.

The ‘Posti me’ hitmaker made a confession during an interview on Atinka TV’s ‘Entertainment City’ show hosted by Nana Adwoa Annan on Saturday. He made this honest revelation in response to Nana Adwoa’s question about who his crush was in the entertainment industry.

According to Akwaboah Jnr., he has always had a crush on the Ghanaian-Nigerian actress Yvonne Okoro ever since his appearance in the industry six years ago.

He, however, added that he is not feeling the same way as he used to feel about the multiple award-winning actresses who has starred in movies such as: The Queen’s Secret Admirer, Under the Covers; The mysteries Of Love and others.

Watch the interview below.

Exclusive News
Powered By Modern Ghana
Finally, Rev Obofour And His Wife Show Faces Of Their Triplets [Photos]
Tracy Sarkcess Apologizes To Ameyaw Debrah Over Weight-Shaming Controversy
Late Ebony’s Father, Starboy Kwarteng Cries Bitterly; People I Hired To Run My Record Label Chopped My Money
Kelvynboy Finally Tells Why He Walked Out Of VGMAs
NPP Has Done Massive For The Creative Arts Industry – Wendy Shay
The Most Amazing Man I Have Ever Met – Lady In D-Blacks Sex Video Showers Him With Praise
Fameye Shares Adorable Photo Of His Look-Alike Son
Fella Makafui Shows Off The Beautiful Room Of Her Daughter Island
Watch How Stonebwoy Arrived For The Asaase Sound Clash Battle In Style (Video)
COVID-19 Updates Live Dashboard
TOP STORIES