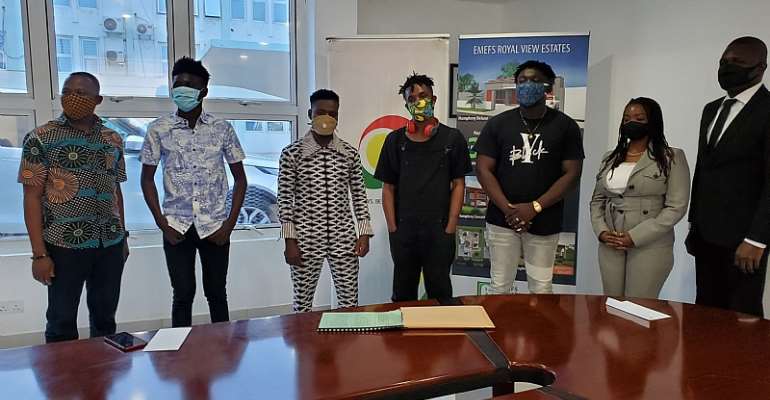 Management of Ghana’s leading television channel, TV3 Network, on Friday 10th July 2020 presented the winners of Mentor Reloaded with their prizes at a brief ceremony at the offices of the station.

Mohammed Lukman, popularly known as “Optional King” won Mentor Reloaded and received documentation for the ultimate prize, a two-bedroom house. He is also entitled to GHC50,000 worth of airtime across all Media General platforms – radio, television and digital.

The General Manager of Media General Television, Mr. Francis Doku, congratulated the winners and urged them to work hard in order to produce good songs to entertain the world. He further assured them of Media General’s commitment to support them to launch their careers and also achieve mainstream success.