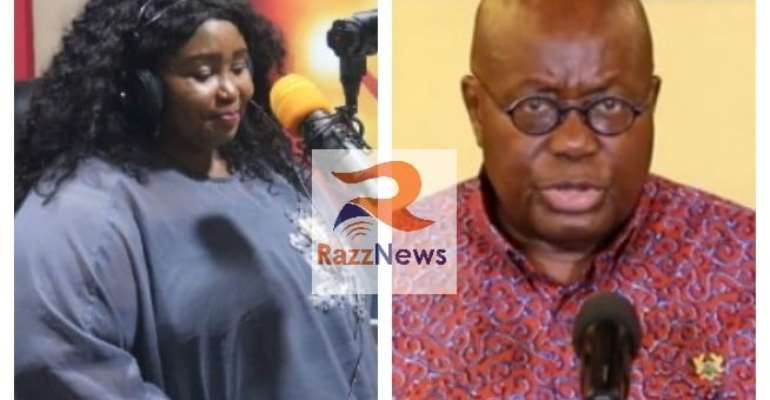 Prior to the 2016 general elections, one of the Campaign songs of the now ruling New Patriotic Party (NPP) was popular gospel Song ‘Ebedane’ composed by vibrant Ghanaian gospel songstress, Irene Adu Gyamfi better known as Mamalistic.

There were rumours that Mamalistic earned GH₵ 100,000 from H.E Nana Addo Dankwa-Akufo Addo for using the “Ebedane” song as one of the Campaign songs.

But speaking in an exclusive interview with Dr. Who—host of ‘Rush Hour Drive’ show on Accra-based Hot 93.9FM, Mama Listic, who was promoting her latest album “Me Boafo Ne Awurade’ debunked the allegation.

According to the ‘Ebedane’ hitmaker, she only heard Presenters saying on radio that the President had given her GH₵ 100,000 but never received it.

Sharing a gist of her success story, Mamalistic who has released three outstanding albums: “Gentleman Jesus”, “Tumi Bi Kyen Tumi Bi” and the most recent “Me Boafo Ne Awurade” disclosed that her life has not been as auspicious as people perceive.

She stressed that she “has come a long way”, and has walked in the consciousness of where she has trekked from and how far the Lord has brought her hence the reason all three albums are inspirational and have outstanding album titles.

"I Appreciate Young Seidu Agongo, I Want To See Him Do Great...
1 hour ago