REVEALED! The Mental Illness Funny Face Is Suffering From 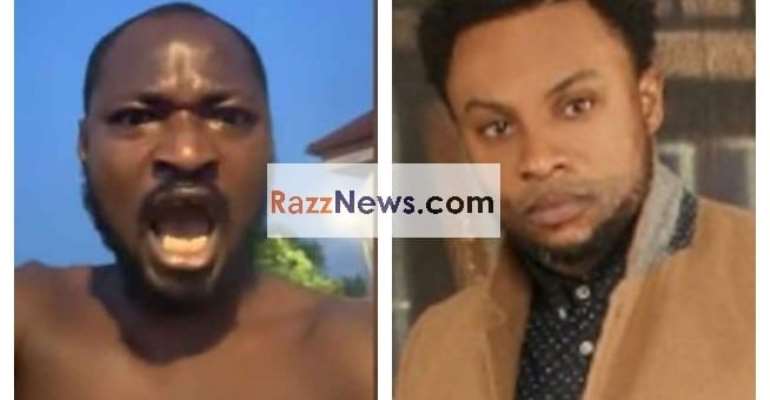 Funny Face is going through boisterous times with his family at the moment and has since recorded several videos of himself on social media blaming some industry colleagues such as Kwadwo Nkansah Lilwin, Kalybos, and Bismark The Joke for his woes.

In one of the videos which have created elephantine controversy within the public domain, the ‘Cow & Chicken’ actor was seen crying, raining curses and insults on his colleagues.

Expressing his view on the cloying matter, JM, in a tweet sighted by RazzNews.com indicated that Funny Face is battling Post-traumatic stress disorder (PTSD) which is also known as ‘Shell Shock’ and that he hastily needs medical attention.

“Funny Face is suffering from what is termed Post-traumatic stress disorder(PTSD)Another name for it is called ’Shell Shock”.He really needs help.

He is going through a lot. Yes, he really needs to be attended to quickly. Let’s Pray for him ’Nyame Ye’(God Is Good)”, JM asserted

Post-traumatic stress disorder (PTSD) is a mental health condition triggered by a terrifying event, causing flashbacks, nightmares, and severe anxiety. Joseph Matthew aka JM is known for songs such as “Nyame Ye” and ’Hallelujah.