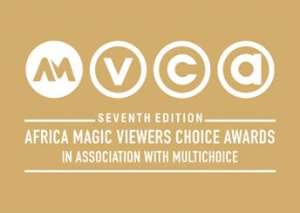 DStv and GOtv viewers should tune in 8pm to watch the broadcast LIVE on all Africa Magic channels. The AMVCAs Nominee announcement will be hosted by Nollywood’s Linda Ejiofor and Ibrahim Suleiman.

Channel Director, Africa Magic, Wangi Mba-Uzoukwu, said: “The journey to selecting the nominees from over 2000 entries received for this edition has been a long but exciting one. Judging from the calibre of entries received, we are once again reminded of the important role the AMVCAs play in shaping the African film and television narrative. We invite you to tune in Thursday, 6 February as we announce the talented creatives who have made the cut and have set themselves apart in the industry”.

Since its launch in March 2013, the AMVCAs continues to inspire and celebrate contributions of African filmmakers, actors and industry specialists as they promote the growth of the continent’s film and television industry. For the 7th edition, awards will be presented in 28 categories, with 7 categories open to public voting and 21 being categories to be decided by the AMVCA panel of judges with the inclusion of a new category, The MultiChoice Talent Factory Award.

The 7th AMVCAs is brought to viewers across the continent by Africa Magic in association with MultiChoice and is proudly sponsored by Amstel Malta.

Viewers can join the conversation using the hashtag #AMVCA7 and follow @africamagictv for live tweets. The full list of nominees will be published on the Africa Magic website following the announcement.

A Call On NUGS For Action: Student Loan Beneficiaries Cry Ou...
3 hours ago