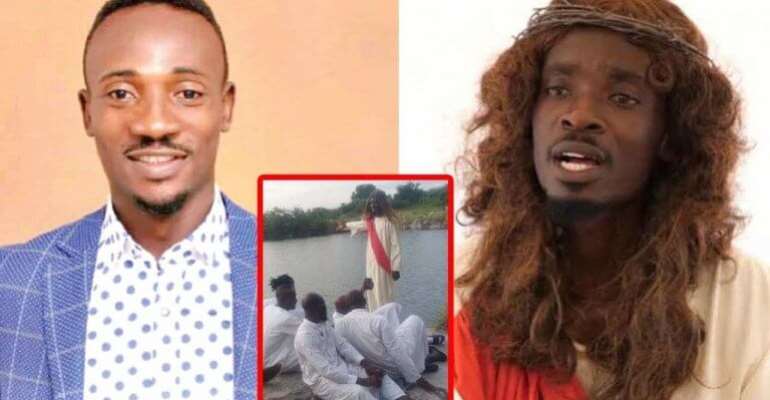 Mmebusem and Kumawood actor Salinko finally reunite after their feud over who the content owner of the "Bois Abre" series is.

The two who were involved in the TV series “Boys Abre” had a misunderstanding soon after the series got popular.

This caused Mmebusem to retire from the TV series to start his own short comic video, which he shared online after production

History was made today, 25th December, 2019 Christmas day as the two finally reunited under an event they met.

In a video below, the two were seen dancing together and later hugging with smiles all over their faces.