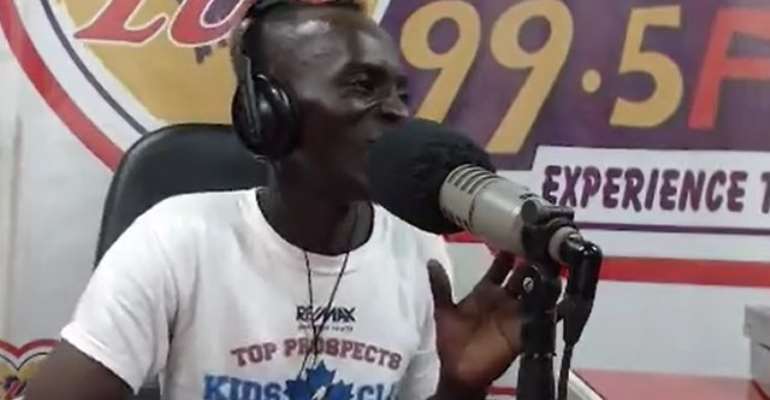 Former Assemblyman for Adukrom Nima in the Ashanti Region, Nana Adabor Ibrahim Issah Ampim, popularly known as ‘Hon Aponkye’ is hoping to be a hit in music coming 2020.

In an interview on Drive Time with DJ Rueben on Luv FM, he revealed he had been pursuing music since 2008 but is yet to release any of his tracks.

"I'm a musician. I have not learnt anybody's music, I'm doing mine. I have seven tracks," he said. He explained that he is multi-talented in music adding that he can create choruses, sing and rap.

Hon Aponkye disclosed he would release one of his songs in 2020.

This comes after Hon Aponkye failed to secure a win as assemblyman for the Adukrom Nima area.

However, he came last in the elections with a total of 237 votes out of 2608 votes cast. Hon Aponkye threatened to challenge the results of Tuesday’s polls at the Supreme Court.

Reacting to the results, Aponkye told JoyNews that the ballots tallied by his polling agents were different from what the election officials released after the ballots from all 17 polling stations were announced.

He had taken to the streets jubilating with his supporters before the total results were declared.

In a video shot in Luv FM's studio, he did a freestyle on Kuami Eugene's 'Wish Me Well'.