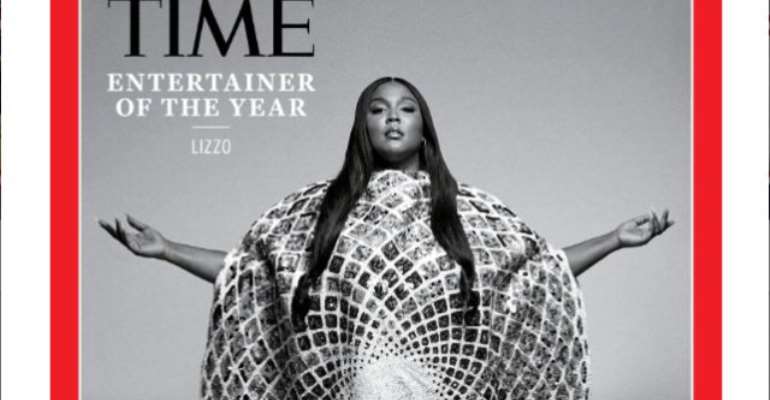 Lizzo is Time’s Entertainer of the Year ’cause 2019 loved her.

The “Cuz I Love You” singer and rapper was recognised in Time for her “relentlessly positive and impossibly catchy” sound, her body positivity and her advocacy for self-love, the magazine announced Wednesday.

“Attending a Lizzo concert feels like worshipping at the church of self-love, if your preacher was a pop star living joyfully in a big black body, delivering a sermon of self-acceptance that’s as frank as it is accessible,” author Samantha Irby wrote for Time. Lizzo, a 31-year-old classically trained flutist, had a monumental year in the spotlight.

Her song “Truth Hurts,” off her “Cuz I Love You” album, reached the top spot on the Billboard Hot 100 chart in September. She memorably channeled scenes from the 1993 film “Sister Act 2: Back in the Habit” for an awe-inspiring performance at the MTV Movie & TV Awards in June. Last month, she scored eight Grammy nominations — the most 2020 Grammy nods of any artist.

Lizzo, who has been performing and releasing music for years — her now-Grammy-nominated hit “Truth Hurts” was first released in 2017 — told Time that she has been creating “positive music for a long-ass time” prior to her successes this year.

“Then the culture changed,” she said. “There were a lot of things that weren’t popular but existed, like body positivity, which at first was a form of protest for fat bodies and black women and has now become a trendy, commercialized thing. Now I’ve seen it reach the mainstream. Suddenly I’m mainstream!”

Earlier this week, Lizzo shared an uplifting video message to her fans, telling them that they’re “capable,” after she received some criticism on social media for twerking on the Jumbotron at a Los Angeles Lakers game, wearing a black T-shirt dress with a cutout that showed her thong.

Many people came to Lizzo’s defense on Twitter, calling out much of the criticism as fatphobic, while celebrating the singer for being unapologetic.

Lizzo celebrated her Entertainer of the Year title on Twitter on Wednesday.