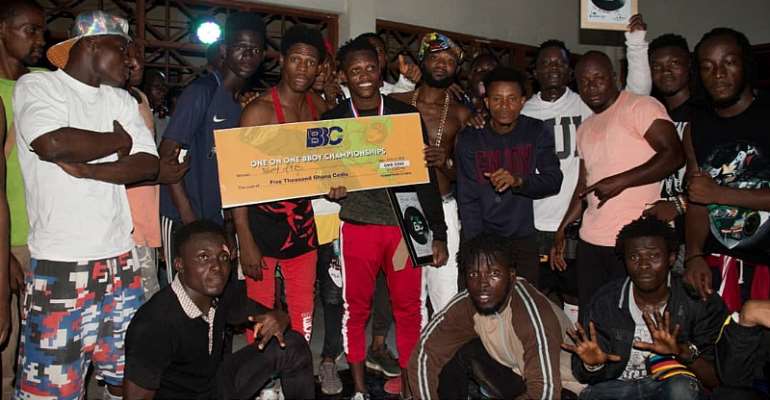 Flip will also represent Ghana at the All-Star Battle set to be held in Togo later this year.

The event also saw the ultimate winner go home with a cash prize of 5,000 cedis.

Meanwhile, the judges; BBoy Brix from the USA, BBoy Roxy, Chupa, Dfo and Fonzy all from Ghana were spectacular in giving forth their judgments on the various battles held on the night.

The next edition of the Boot 4 Boot Dance Championship will be announced in due time.

Enjoy pictures from the event below and share your thoughts with us.