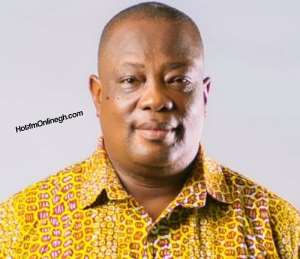 Legendary Sound engineer, Zapp Mallet has revealed that he has been disqualified by the selection committee of the Musicians Union of Ghana (MUSIGA) from contesting in the Union's upcoming national elections.

The Musicians Union of Ghana (MUSIGA) will be going to the polls on June 26, 2019, as the term of office of its current president Bice Osei Kuffour, popularly known as Obour comes to an end in a few weeks after serving two terms.

As the preparations to elect the next President and executives of the Union draw closer, many entertainment pundits and showbiz enthusiasts were expecting legendary Zapp Mallet to vie for the presidential position--looking at his immense achievements in the music industry .

Known in real life as Emmanuel Mallet, Zapp Mallet Over the years has been recognized and awarded on several platforms. Zapp is recognized as one of the pioneers of the Hiplife genre which started in 1994.

But, speaking in an exclusive interview with HotfmOnlinegh.com , the legendary sound engineer Zapp Mallet, astonishingly revealed that though his interest was to succeed Obour, he has been disqualified by the selection committee of the Union from vying for any position:

“ I really have interest of becoming the next MUSIGA President, but I have been disqualified”,Zapp Mallet said.

Explaining the motive behind his disqualification, the multiple award-winning Sound engineer passionately said:

“It’s just sad, the committee told me because I have not held any executive position in the Union before ,per the Union's constitution, I’m not qualified to contest…it’s just surprising that, other members who should’ve known better also justified my disqualification”.Zapp sadly said.

Some o of the key musicians who have so far expressed interests and have been approved by the selection committee to contest in the coming days, include Bessa Simons, Richie Mensah and Gyedu-Blay Ambolley.