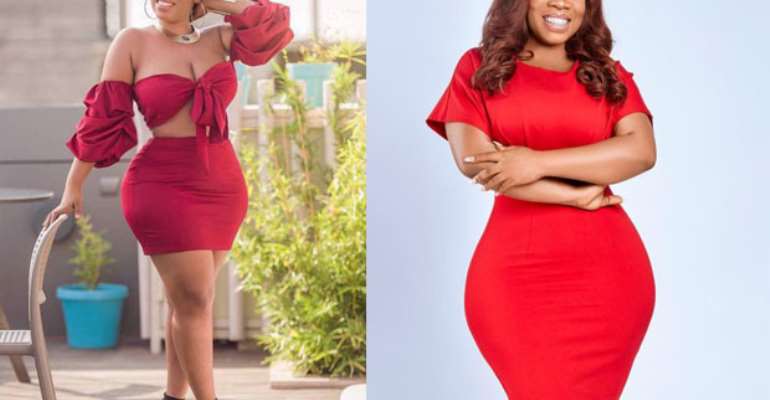 Moesha Boduong, a renowned Ghanaian socialite, has come under heavy criticism over comments that “Ghana's women offer sex to survive”.

Moesha, who was speaking in an interview with CNN's Christiane Amanpour, said Ghana’s economy is so bad that women are compelled to have sexual affairs with men just to survive.

Citing herself as a typical example, she revealed she is dating a man who has other mistresses and he takes care of her needs by paying her bills, including her rent.

All she needs to do in return, she added, is to give him good sex, even when she is not in the mood to do it.

“In Ghana, our economy is such a way that you need someone to take care of you. You can't make enough money as a woman here. Because even when you want to get an apartment, in Ghana they take two years' advance and I just started working where will I get money to pay?”

Stunned by Moesha's revelation, CNN's Christiane Amanpour asked her, “Are you basically telling me that you are having sex with this guy to pay your rent?”

Moesha responded, “Because he can afford to take care of you. He takes care of me, my financials, my apartment, my car, my rent, everything. He expects me to be loyal and take care of him and give him sex when he wants.”

Christiane Amanpour continued to ask, “And what if you say no one day, he turns up at your house and you got a headache?”

Moesha replied, “You can't say no, you have to give him what he wants.

Christiane Amanpour asked again, “And what if you don't want it (sex) that day?

Moesha said, “He's going to think you're cheating on him.”

Christiane Amanpour further asked, “And does your man have more mistresses?”

“Yes,” Moesha answered.
But her comments didn't go down well with majority of Ghanaians, who took to social media to chastise her.

They argued that she has used the world platform to denigrate Ghanaian women, adding that her comments are not the true representation of the lives of many Ghanaian women.

There are majority of women who put in extra effort to better their lives instead of engaging in sex for favours.

But some persons also supported Moesha's claims, arguing that she only stated the obvious on the grounds and she also represents a huge number of Ghanaian women.

However, majority of Ghanaians condemned her description of the country's women to the world.

“What the hell did I just watch? I'm burying my face in shame. No we don't have an economy that makes it okay to sleep with men because they will pay your rent n take care of your financial needs! We have an economy where our mothers worked extremely hard to train us with good morals to work hard towards a decent future, to support our men and take care of our families and children,” musician Eazzy said on Facebook.

Moesha has been trending on Twitter since Wednesday after that interview. Indications were that Christiane Amanpour was in Ghana some months ago for the interview for her programme, Sex & Love Around The World.