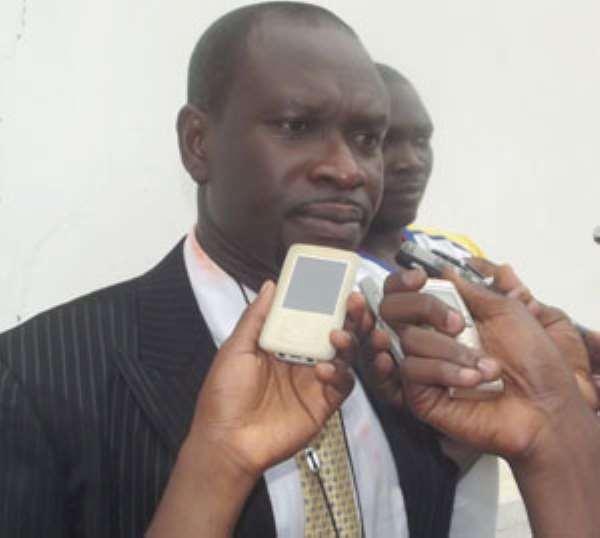 Dansoman-based Liberty Professionals yesterday inflicted a painful 1-0 defeat on Hearts of Oak at the Accra Stadium.

It was a double victory over the Phobians, who succumbed to Liberty 0-2 in the first round at the same venue.

Kwame Boahen came from the bench to score the only goal of the game 29 minutes into the second half, after both sides had tried in many fruitless attempts to draw first blood.

He capitalized on a rebound after a defensive error which he struck past goalkeeper Philemon Mac Cathy. Despite conceding a goal, he made some brilliant interventions which drew applause from the fans.

Liberty were miles ahead of the home side tactically and physically in all departments. The last time Hearts won was in week 19 against Heart of Lions in Kpando, but they have struggled in the league since then.

The loss, one of Hearts' recent poor runs, threw their newly-appointed coach, C.K. Akunnor in a confused state, but he managed to admit in a post-match interview that 'I am disappointed. I have realized there is much to be done in all fronts in the team.'

Fans of Hearts waited for several minutes after the game in the stadium, deliberating on what might be the reasons for the recent abysmal showing.

His counterpart, J.E. Sarpong, on the other hand, told the press that 'I told the boys to repeat what they did in the first round. Boahen scored from the bench against Dwarfs, so I told him to score when he goes in. You know they are our students, they listen to what we tell them.'

At the Len Clay Stadium in Obuasi, Asante Kotoko recorded a 2-0 win over  Ebusua Dwarfs to stretch their nine-point lead to 10.

Kofi Nti Boakye and Ben Acheampong's strikes did the trick to increase their points.