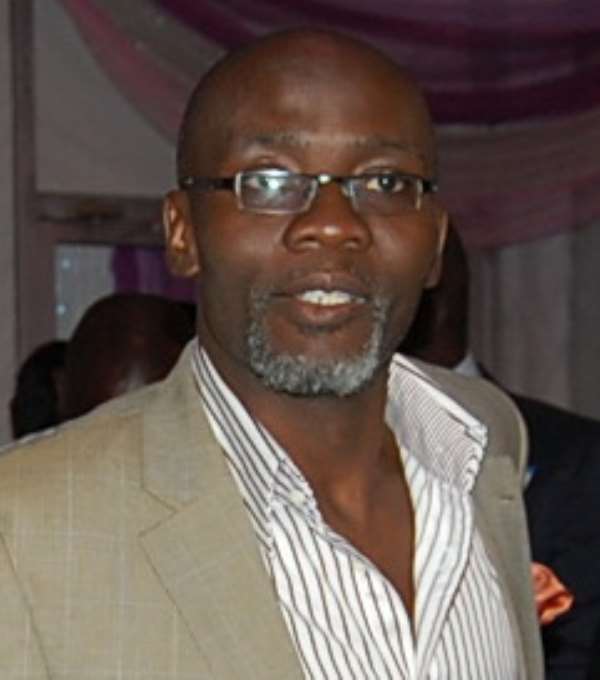 
In March 2010, the Danquah Institute, a governance think tank, charged the Government of Ghana to go ahead and implement the ruling party's manifesto pledge to set up an independent prosecution service “now without shielding behind the unnecessary pretext of a constitutional amendment.”

Reports this week that the Attorney-General is now going ahead to set up a Ghana Independent Prosecution Service, with or without a constitutional amendment, is a welcome recognition and adaptation of the proposal put forward by the Danquah Institute earlier in the year.

The Attorney-General during her parliamentary vetting last year and afterwards when she was announcing the Constitutional Review Commission, stressed her party's line that Government would only be able to institute an independent public prosecutor after a constitutional amendment.

But, the Executive Director of DI, Asare “Gabby” Otchere-Darko, disputed this in his speech last March at public lectures on international corruption delivered by UK barrister and expert on internal criminal law, John Hardy, QC, and renowned criminologist, Prof Ken Attafuah at the K.A Busia Hall, University of Ghana, Legon.

“The Fourth Republic Constitution of Ghana as it stands now expressly allows the Attorney-General to immediately delegate her powers of prosecution to an impartial agency by a simple Act of Parliament. This could easily create an autonomous prosecution service to realise the stated intentions of President Mills and perform the A-G's functions that are akin to those of the Director of Prosecutions who heads the Crown Prosecution Service in the United Kingdom,” the Danquah Institute stated then.

In support of this suggestion, DI referred to Article 88 of the Constitution, which reads:

Clause 4 of that Article says, “All offences prosecuted in the name of the Republic of Ghana shall be at the suit of the Attorney-General or any other person authorised by him in accordance with any law.”

According to Mr Otchere-Darko, “The relevant authority here is the statement that 'All offences prosecuted in the name of the Republic of Ghana shall be at the suit of...any other person authorised by [the Attorney-General] in accordance with any law.”

He continued: “What this means is that the NDC can easily make good its manifesto promise now by introducing to Parliament a bill that seeks to create an 'Independent Prosecution Service' which will undertake the Attorney-General's prosecutorial role of law officer of the state to assess and conduct prosecutions and appeals of criminal offences, leaving the A-G to remain the principal legal advisor to the Government.”

Mr Otchere-Darko argued further that, “government can be proactive and use the legal manoeuvrability available under Article 88(4) for the arrangements for the organisation and supervision of the prosecution process, and for safeguarding its independence.”

Thankfully, the Attorney-General Mrs Betty Mould-Iddrisu says she is doing just that, using the legal manoeuvrability available under the Fourth Republican Constitution to set up the proposed Ghana Independent Prosecution Service.

We are pleased about this development and wish to inform the honourable Attorney-General that we have done a lot of work on this and would be happy to share our information with her in her effort towards this end.

In the view of the DI expressed at the time and reiterated here, “Government may even reserve the prosecution of certain crimes of very sensitive national security nature, such as treason, to the express approval of the Attorney-General.”

The call in March for the creation of an independent prosecutor at the public forum by the policy think tank followed the statement by the Minister of Communications, Haruna Iddrisu, at the public lectures on Money Laundering two days earlier at the British Council, that Government would only be able to do so after a constitutional amendment.

The visiting main speaker, John Hardy had also argued for the establishment of an independent prosecution service for Ghana.

The Minister of Communications in response associated the Government with it but said that it remains a manifesto promise of the National Democratic Congress until the people of Ghana approve of it in a referendum once the proposal was put before them as envisaged.

While welcoming the NDC's stated intentions to create an independent chief prosecutor, DI also called on government then to do more to promote in the police and other investigative bodies the “culture of confidence to investigate without fear or favour. This is because even an independent prosecutor would first need to be presented with a docket before a decision can be taken either to prosecute or not.”

DI suggested further, “We may also consider the situation, as in Finland, where charges against certain high-ranking public officials for offences in office are heard by the Court of Appeal as a case in first instance instead of at a lower court.”

Furthermore, the Danquah Institute expressed some pessimism about the work of the Constitutional Review Commission leading to constitutional amendments of provisions that are entrenched before the term of the current administration ends in January 2013.

“We are rather cautious about the work of the Constitutional Review Commission finishing in time to be put before a national referendum before the 2012 general elections, especially when it could cost nearly as much as general elections to conduct that referendum and whether or not it would not be frustrated by the usual partisan considerations that distort the appreciation of issues of common national interest,” DI said in its press statement issued on March 13..

However, DI took it as “a step in the right direction for a government to appreciate the importance of guaranteeing the integrity of the chief prosecutor of any democracy. This role is central in a democracy governed by the rule of law and critical to the general expectation of an effective criminal justice system.”

The Danquah Institute shares the view that the country is “so polarised that the creation of an independent prosecution service manned by people with unimpeachable credibility would contribute to public safety and public confidence in the administration of criminal justice in Ghana. It must be seen that justice would be carried out objectively and fairly, without improper influence or interference from any source.”

DI is also calling for the “introduction of a standard charge approval process which should ensure that cases which go to court are sufficiently supported by the anticipated admissible evidence, and that prosecutions are pursued only if they are in the public interest and not because party supporters or party leaders want it.”

It sees the current pressure being put on Attorney-General Betty Mould-Iddrisu as “unhelpful to the development of our democratic institutions. We are, therefore, urging the leadership of political parties to advise their followers to allow the rule of law to work.”

In expressing its disquiet with the present political agitations for the prosecutions of public officials, DI poses the question, “What is the guarantee that party supporters would not in the future be marching to the offices of an independent prosecutor to demand prosecutions or otherwise if their leaders are reluctant today to discourage them?”

The powers of the Attorney General fall under Chapter 8 of the Constitution of Ghana, an entrenched provision. The Constitution necessarily sets out a difficult process for amendment under Article 289.

It stipulates, inter alia: 289 (2) A bill for the amendment of an entrenched provision shall, before Parliament proceeds to consider it, be referred by the Speaker to the Council of State for its advice and the Council of State shall render advice on the bill within thirty days after receiving it.

(3) The bill shall be published in the Gazette but shall not be introduced into Parliament until the expiry of six months after the publication in the Gazette under this clause.

(5) Where the bill is approved at the referendum, Parliament shall pass it.

(6) Where a bill for the amendment of an entrenched provision has been passed by Parliament in accordance with this article, the President shall assent to it.