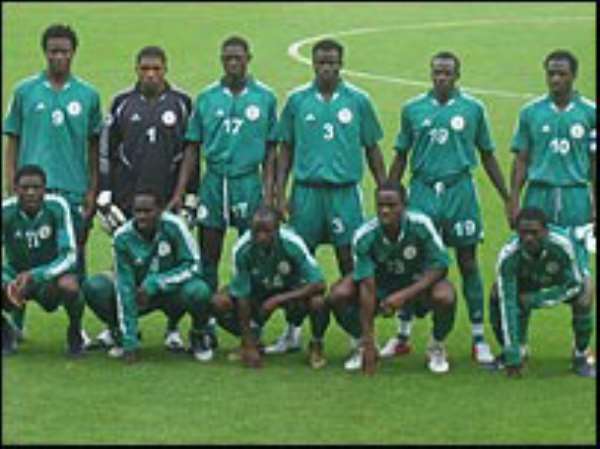 Defending champions Nigeria are the favourites when the Africa Youth Championship kicks off in Congo on Saturday.

The field for this year's tournament is interesting as it also features two other countries - Cameroon and Egypt - who have previously won the competition.

The home side will get the tournament underway on Saturday when they face Ivory Coast in Brazzaville, on a newly laid artificial turf donated by Fifa.

The Congolese did not participate in the qualifying rounds but they managed an extensive training camp in Morocco and South Africa.

Their 18-man squad is exclusively home based, made up mostly of players attached to the national academy, the Centre National de Formation de Football.

The Congolese are coached by Eddy Hudanski and their prospects will come under close scrutiny in the opening game.

Gambia, the African under-17 champions in 2005, are the other strong contenders for the top spot in Group A that also features Burkina Faso.

The tiny west African nation continue to harbour serious hopes for this generation of youngsters and their confidence was justified on Monday when the Young Scorpions inflicted a 3-0 defeat on South Africa's U-20 side.

The competition in Group B looks set to be fierce, with Cameroon, Egypt, Nigeria all pitted against each other along with the unpredictable Zambia.

The matches will be played in the coastal town of Pointe Noire, dominated by the nearby oil industry.

Nigeria may suffer for a level of preparation considerably below that of their rivals but the Flying Eagles are expected to prevail with the array of talent at their disposal.

Cameroon, coached by Aboubakar Souleymanou, should be boosted by the inclusion of Sochaux defender Iroumne Ndjam in their squad.

Former Egypt international Ismail Youssef, who has taken his side through a rigorous preparation programme with a recent Maghreb tournament, is expected to guide his country to a good showing at the tournament.

Apart from the title, four places are up for grabs at the World Youth Championship later this year.

The top four finishers will represent the continent at the tournament in Canada in June.