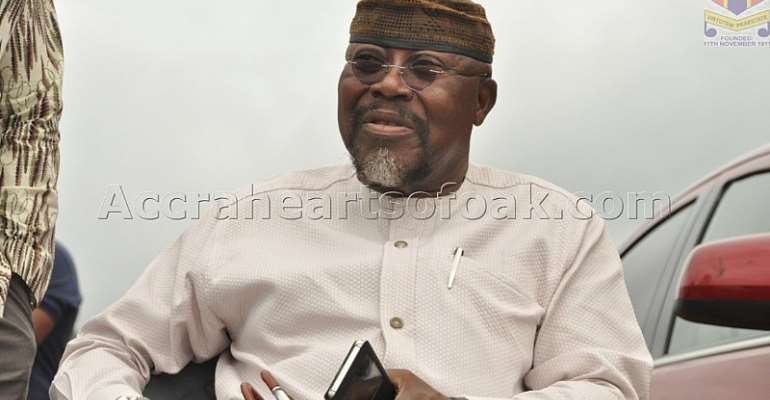 Former Accra Hearts of Oak forward, Charles Taylor has descended on Board Member of the club, Dr Nyaho Nyaho Tamakloe for his comments on players who want to reignite their career in the Ghana Premier League.

Most players who left the shores of the country to seek greener pasture are back in the country after failing to secure a deal.

However, according to Dr Tamakloe, his outfit have received offers from former players pleading to return to the club after failing to secure a deal abroad.

He reiterated that the management of the club will not welcome every player but will rather evaluate their impact before giving them a second chance.

“We have numerous offers from boys who have been outside the country and they revealed that they are coming home. These include former Hearts of Oak players," he told Accra based Asempa FM last week.

“The leadership of Hearts of Oak will not just jump to take them but we know they are better,” Dr Nyaho-Tamakloe told Asempa FM.

He added, “What must be done now is to explain things to these boys that in any profession you just don’t jump from point one to point million, you start gradually.”

In response to that, Charles Taylor, who played for Hears between 2000 and 2003, has accused Dr Nyaho-Tamakloe of being capable of collapsing the club.

“How much does he contribute to Hearts of Oak, he and his cohorts have become archaic,” Taylor criticized.

He added; “If a player has returned from abroad to relaunch his career, you have to pamper him so he returns to the club.

“These old administrators whose time is up, they want everyone’s downfall, the don’t want others to attain higher heights”

“How can he deny someone the chance to play for the club, Is Hearts of Oak for him, they just say anything and when you return fire they will tag you as indiscipline”

“Does he buy a player for Hearts of Oak, he’s capable of collapsing the club. [Dr] Nyaho-Tamakloe will collapse Hearts because all his utterances are unfortunate. I will say it bluntly they can kill me, I am not afraid of them

“I don’t even listen to his likes again, because it is infuriating. If someone wants to relaunch his career, it’s up to the coach to observe him. How can you deny him that chance? Where should he go,” he quizzed.