Trio to be miss Wolfsburg game 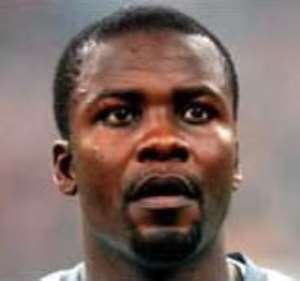 Three key players of the Black Stars would not be available for selection by Ratomir Dujkovic for his first trial match in Austria against VFL Wolfsburg.

Michael Essien, Samuel Osei Kuffour and Sulley Muntari have still not joined their colleagues in Carinthia, where the Black Stars are fine-tuning preparations ahead of next month's World Cup.

The Black Stars play Wolfsburg on Sunday in the Austrian town of Klagenfurt.

Kuffour has rescheduled his flight for tomorrow night while Sulley Ali Muntari is expected to join the rest of the over the weekend.

The arrival date of Chelsea's Michael Essien remains unknown as the player is reported to be holidaying in France.

The Stars captain left Accra last night and is expected to be in the line up for Sunday's game against Wolfsburg. Defender John Mensah is expected to leave for Austria tonight.

Sunday's game would be the third for the Black Stars against European club sides.

Ghana drew 1-1 with Bundesliga side, VFB Stuttgart before French team, Nice handed the Stars a 3-0 thrashing.