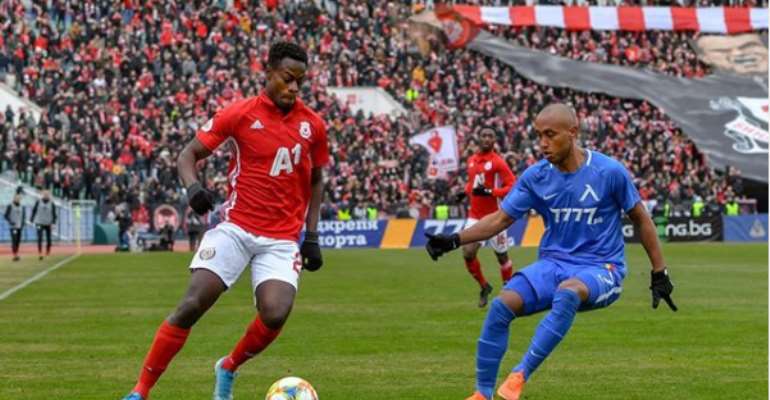 Following the coronavirus outbreak around the globe, football activities have been suspended indefinitely.

The Bulgarian topflight is set to return on April 12 but the 28-year-old says he misses the game of football already.

He posted a picture on his official Instagram page with the caption "Missing the game".

Gyasi, 28, has been a key player and kingpin for CSKA Sofia before the suspension of their topflight football.

According to the BBC, coronavirus has killed 10,000 and has affected 200,000 people globally as reported on their website on Friday.

The English Premier League, Bundesliga, La Liga, French Ligue 1, Serie A have all been suspended until further notice.