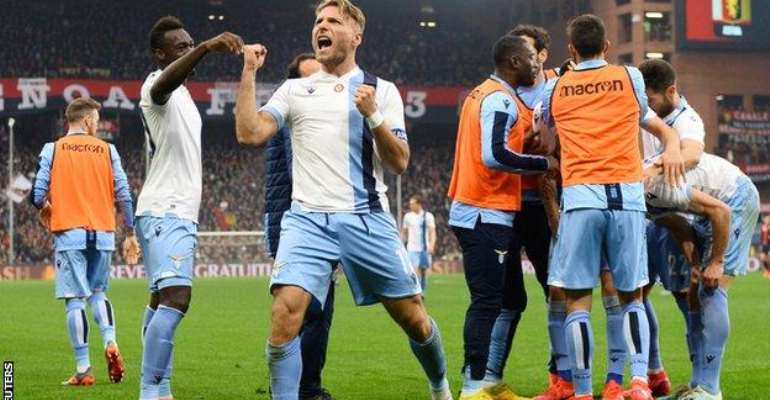 Ciro Immobile scored against Genoa, the team he played for in 2012-13

Ciro Immobile became the first player in 61 years to reach 27 Serie A goals after 25 matches as Lazio moved back within one point of leaders Juventus.

Francesco Cassata replied but Danilo Cataldi made it 3-1 before Domenico Criscito scored a late penalty.

Antonio Angelillo was the last man to make such a prolific start to a Serie A season, with Inter Milan in 1958-59.

The Argentine striker ended that season with 33 goals in 33 games.

But the record for most goals in a Serie A campaign is held by current Juve striker Gonzalo Higuain, who scored 36 in 35 games for Napoli in 2015-16.