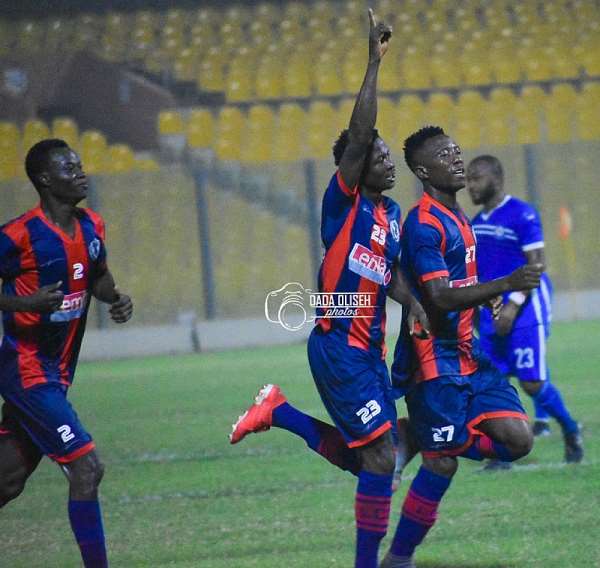 The Ghana Premier League Match Week 10 clash between Legon Cities FC and Great Olympics has ended one-all at the Accra Sports stadium, forcing the clubs to share the spoils in the process.

Playing as the home team today, the Royals started the match on a good note as they made their intent to win clear from the blast of the whistle. They controlled the pace of the game and managed to create some decent goal scoring opportunities as well.

Unfortunately for them, Cephas Doku who was at the end of the clear cut chances failed to add the needed finishing touch.

Having kept pushing, Yakubu Mohammed finally broke the deadlock to shoot Legon Cities FC into the lead after 23 minutes of action. That equalizer somehow pushed Great Olympics to come in strong to try and draw level.

They almost got rewarded five minutes later but were denied by a superb save from Fatau Dauda who was in post for Legon Cities FC on the night.

Despite a pulsating encounter in the second half that kept spectators on their feet, neither Legon Cities FC nor Accra Great Olympics could net the second goal that would have earned them all the 3 available points.

While Legon Cities FC will think they deserved all 3 points, Great Olympics will surely cherish the point they earned at the end of the 90 minutes.