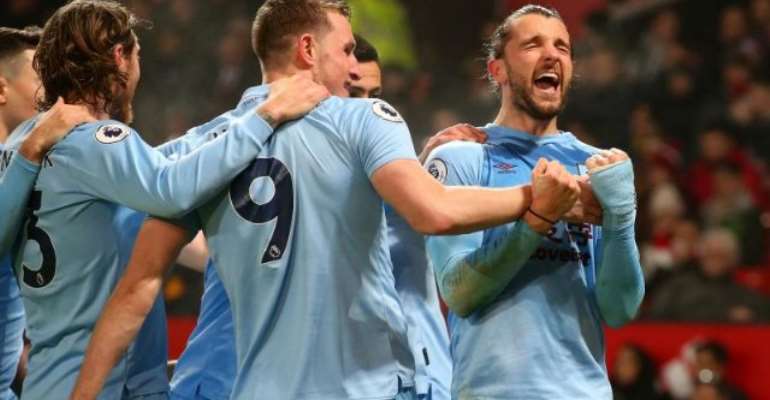 Manchester United’s hopes of finishing in the top four of the Premier League were dealt another blow by a 2-0 defeat at the hands of Burnley at Old Trafford.

Ole Gunnar Solskjaer’s side came into the fixture on 34 points, just six points shy of Chelsea in fourth, but without talisman Marcus Rashford offered up a poor showing against a resolute Burnley.

Chris Wood gave the visitors the lead late in the first half when he reacted first to a knockdown and lashed past David de Gea.

Solskjaer turned to the bench at the start of the second half and, while the introduction of Mason Greenwood gave the hosts some impetus, they rarely threated the goal of Nick Pope.

And Jay Rodriguez put the game beyond United with a fine strike from distance just some ten minutes into the second half.

Luke Shaw thought he had halved the deficit on the cusp of injury time but was rightly penalised for a push, and referee Jon Moss blew the final whistle to a half-empty stadium after United fans streamed out in their droves well before full time.

#FixTheCountry campaign goes international with over 500,000...
43 minutes ago